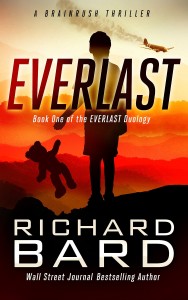 EVERLAST is available from Amazon and Amazon UK.

If the Shoe Kills by Lynn Cahoon