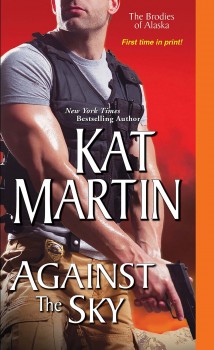 New York Times bestselling author Kat Martin can paint a picture with her words that leaves you captivated and eager to flip the page. Her latest release is no exception.

AGAINST THE SKY features Nick Brodie, a former homicide detective eager to leave his old life behind. But when his young neighbor needs help solving a murder, Nick is compelled to lend a hand. This, combined with a visit from an old flame and controversy surrounding a Russian mob, sets the stage for an exciting and passionate story.

In my interview with Martin, I learned she’s not only a wonderful writer, but also a lovey person—bubbly, energetic, and down to earth. She’s also one half of a literary power couple. Her husband, L.J. Martin has written more than forty western novels. Combined with Kat’s sixty five titles, that’s more than one-hundred published works between them—an impressive feat.

Here’s what Kat had to say about AGAINST THE SKY.

Tell us about AGAINST THE SKY.

AGAINST THE SKY is the second book in my Brodies of Alaska Trilogy, the eleventh novel in my Against series.

Nick Brodie, a former Anchorage homicide detective, has a serious case of burnout. He wants a new life, something that doesn’t include violence and death. Unfortunately, when his neighbor, twelve-year-old Jimmy Evans, comes to him beaten and battered, claiming his father was murdered, Nick has no choice but to help him. To make matters worse, he has a lady friend visiting from San Francisco. Samantha Hollis, owner of the Perfect Pup pet grooming parlor, isn’t cut out for the harsh life in Alaska. Unwillingly swept into Jimmy’s problems, she finds herself on a wild ride with Nick that leads them into passion and terrible danger.

It’s a fish out of water story that gets even more complicated when Nick butts heads with the Russian Mob. I really like the way this book turned out. Lots of heart in this one.

Do you have a favorite character or one that you enjoyed writing the most?

I particularly like writing strong alpha males. Nick is a former Ranger and also and ex-homicide detective. He oozes testosterone. The fun part is finding a woman strong enough to handle a guy like that.

How would you describe the process for you to create a character?

Do you have a proudest moment as an author?

A couple of them, I guess. I would say more exciting than proud. One was selling my first novel. That was an amazing feeling. The second was hitting the printed New York Times bestseller list. It took years of effort to get there. Since then, I’ve had nine in a row on the list. My last two landed in the top ten.

When you wrote your first novel, did you have any idea that you’d have more than sixty-five novels to your name?

Not in a million years. My thinking was that it would take me fifteen books to really be successful. It took way more than that and I still haven’t reached all of my goals.

I’d like to tell them that I really appreciate their loyalty over the years. Now, with social media, I get more feedback, more interaction with readers, which I really enjoy. I hope they like AGAINST THE SKY, and continue to enjoy my books.

What do you like to do for fun when you’re not writing?

Mostly I travel with my husband. Our last trip was to Washington, D.C. We were there for the swearing in of our new Congress. Great food, and we got to meet some really interesting people. I love fabulous hotels and gourmet food. I love Europe. On the other hand, I love camping and just being outdoors. Montana is especially wonderful for that.

What does this year hold for you? What’s next?

I have two books out this year, AGAINST THE SKY and Against the Tide, Rafe Brodie’s story, end of May. I also have a number of re-issues coming out, which is always fun. Currently, I’m working on more Brodie books—there are cousins who are detectives in Seattle. The first will be out in 2016. I’ve also got audio books coming out. So as you can see, I’ll be busy! 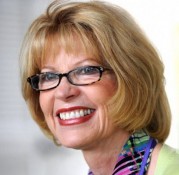 New York Times bestselling author Kat Martin is a graduate of the University of California at Santa Barbara where she majored in Anthropology and also studied History. She is married to L.J. Martin, author of western, non-fiction, and suspense novels. Kat has written more than sixty-five novels. Sixteen million copies of her books are in print and she has been published in twenty foreign countries, including Japan, France, Argentina, Greece, China, Russia, and Spain. Born in Bakersfield, California, Kat currently resides in Missoula, Montana. AGAINST THE WILD, her latest release, hit #10 on the New York Times Bestseller List.

To learn more about Kat, please visit her website.