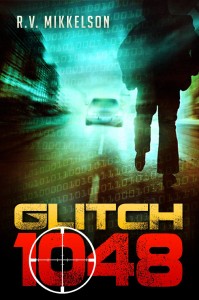 When Paul Robinson, an out-of-work TV journalist, follows a lead on a seemingly minor glitch in the electronic voting machines, he wonders whether he might not uncover vote manipulation in Pennsylvania. Little does he know that this will plunge him into a chaotic world of deceit and murder. Someone desperately wants to keep secret some fact about the supposedly cutting-edge machines, and Paul finds he must rescue the lead programmer – himself burdened with debilitating mental issues – from peril.

As Paul sets to interview elderly citizens who claim the machines changed their votes, he is pursued by a team of professional killers who don’t hesitate to use terrifyingly deadly force. The persons Paul sets out to interview turn up dead, while the police turn their focus of suspicion upon Paul.

In an attempt to help a female journalist who reported on the story, Paul finds himself in the middle of a setup and is nearly killed.

While he lies in a coma, his beautiful, brilliant and resourceful girlfriend is shocked to discover he has been roundly branded a sexual predator and a person of interest in several murders, with convincing proof behind the allegation. Is he?

She is forced to decide, will she defend him from the secret group still hellbent on ending his life and follow-through on his quest for truth, or uncover something about him she never thought could be true?

This fast-paced novel concludes with an explosive ending – a surprising and completely shocking revelation.

GLITCH 1048 is available from Amazon.

Originally from California, the author now divides his time between Northern Europe, Australasia and Africa. A specialist in corruption-reducing safeguards for government and aid agency purchasing units, he is no stranger to white collar criminal intrigue.