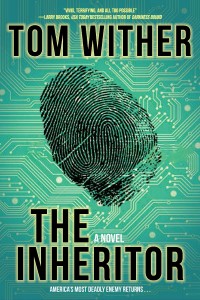 America’s Most Deadly Enemy is still loose . . . and he’s ready to move.On the eve of the takedown of the world’s leading terrorist, his protégé eluded U.S. forces . . . and now he’s racing across four countries in a scenario that could happen tomorrow.Following his dead mentor’s desire to reestablish the Islamic Caliphate, Aziz Abdul Muhammad, hand-picked by bin Laden himself, masterminds a series of attacks on the U.S. energy infrastructure that will reignite the war against the West. As his initial series of attacks creates mass panic, leaving the Northeast and Mid-Atlantic states in terrified darkness, the manhunt is on.In a unique special operations force, veteran intelligence officer David Cain, along with Air Force Sergeant Emily Thompson and rookie FBI Agent Dave Johnson, leads the U.S. effort to find Aziz and his operations expert. From Camp Delta in Guantanamo Bay to Chicago and the outskirts of Tehran, the force must halt Al Qaeda’s attempt to rise from the ashes of its former self—and stop the Inheritor before the rest of his terrifying plan unfolds.

THE INHERITOR is available from Amazon.

“The Inheritor is a spectacularly good thriller—banging with action, filled with absolutely fascinating and authentic details from the world of military intelligence—fans of Tom Clancy will love it!” —Max Byrd, author of The Paris Deadline“Vivid, terrifying, and all too possible, Tom Wither’s novel sets a high bar in the darkest speculative corner of the political thriller niche.” —Larry Brooks, USA Today bestselling author of Darkness Bound

Tom Wither served his country for more than 25 years as a member of the Air Force’s Intelligence, Surveillance, and Reconnaissance Agency and its predecessor organizations. He served on active duty as an intelligence analyst at various overseas locations and is a veteran of the Persian Gulf War. He has been awarded the Meritorious Service Medal, three Air Force Commendation Medals, and three Air Force Achievement Medals. In addition to his graduate-level IT/Computer Security education, Tom holds professional certifications from the NSA as an Intelligence Analyst, and the Director of National Intelligence as an Intelligence Community Officer. He lives near Baltimore.