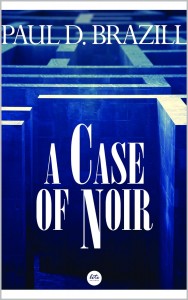 In snow smothered Warsaw, Luke Case, a boozy English hack with a dark secret, starts a dangerous affair with a gangster’s wife.Case escapes to the sweltering Spanish heat where he meets a colourful cast of characters, including a mysterious torch singer and a former East End villain with a criminal business proposition.In stormy Toulouse, he encounters a blast from the past that is positively seismic which forces him to return to England and confront his past.A Case Of Noir is a strong shot of international noir from Paul D. Brazill

A CASE OF NOIR is available from Amazon and Amazon UK.

‘Blood, guts and menace cheek-by-jowl with laughs: what could be better?’ K A Laity

Paul D. Brazill is the author of A Case Of Noir, Guns Of Brixton and Roman Dalton – Werewolf PI. He was born in England and lives in Poland. He is an International Thriller Writers Inc member whose writing has been translated into Italian, Polish and Slovene. He has had writing published in various magazines and anthologies, including The Mammoth Books of Best British Crime 8,10 and 11, alongside the likes of Ian Rankin, Neil Gaiman and Lee Child. He has edited a few anthologies, including the best-selling True Brit Grit – with Luca Veste.

Into the Devil's Underground by Stacy Green

The Inheritor by Tom Wither