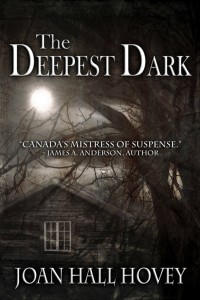 Following the deaths of her husband, Corey, and ten year old daughter Ellie in a traffic accident, author Abby Miller sinks ever deeper into depression. She contemplates suicide as a way to be with them, and to end her unrelenting pain.In a last desperate effort to find peace, she drives to Loon Lake where they last vacationed together, wanting to believe they will be waiting for her there. At least in spirit. Barring that, the pills Doctor Gregory gave her to help her sleep, are in her purse.The cabin at Loon Lake was her and Corey’s secret hideaway, and not even Abby’s sister, Karen, to whom she is close, knows where it is.But someone else does. He is one of three men who have escaped from Pennington prison. They are dangerous predators who will stop at nothing to get what they want – and to keep from going back to prison. Having already committed atrocious crimes, they have nothing to lose.Unknowingly, Abby is on a collision course with evil itself. And the decision of whether or live or die will soon be wrenched from her hands.

THE DEEPEST DARK is available from Amazon.

“…Joan Hall Hovey is a female Stephen King… a stunning, multi-layered, modern-day gothic, told with the unforgettable style and grace of a true master of suspense…” Rendezvous Magazine“…Fans of Mary Higgins Clark will enjoy this author!…” Detra Fitch, Huntress Book Reviews “Joan Hall Hovey clearly takes her place among today’s contemporary writers as this page-turner can compete with any mystery novel on the shelves…” Linda Hersey, Fredericton Gleaner. “…Ms. Hovey’s talent in creating characters is so real, you feel their emotions and their fears. You want to yell at them to warn of the danger . . . and you do! Your shouts fall on deaf ears . . . and you cry! The best suspense writer    I’ve ever read! Beth Anderson, Author of Raven Talks back“…Alfred Hitchcock and Stephen King come to mind, but JOAN HALL HOVEY is in a Class by herself!…”J.D. Michael Phelps, Author of My Fugitive, David Janssen“…CANADIAN MISTRESS OF SUSPENSE…The author has a remarkable ability to turn up the heat on the suspense… great characterizations and dialogue…” James Anderson, author of Deadline

In addition to her critically aclaimed novels, Joan Hall Hovey’s articles and short stories have appeared in such diverse publications as The Toronto Star, Atlantic Advocate, Seek, Home Life Magazine, Mystery Scene, The New Brunswick Reader, Fredericton Gleaner, New Freeman and Kings County Record. Her short story Dark Reunion was selected for the anthology investigating Women, Published by Simon & Pierre.Ms. Hovey has held workshops and given talks at various schools and libraries in her area, including New Brunswick Community College, and taught a course in creative writing at the University of New Brunswick. For a number of years, she has been a tutor with Winghill School, a distance education school in Ottawa for aspiring writers.She is a member of the Writer’s Federation of New Brunswick, past regional Vice-President of Crime Writers of Canada, International Thriller Writers and Sisters in Crime.

Day of the Vikings by J.F.Penn