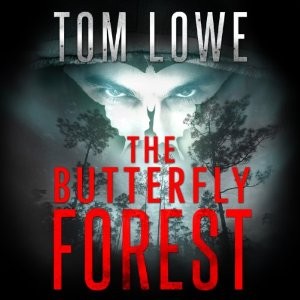 He hid the old pencil-drawn map for 40 years.The guards never found it.After 40 years in San Quentin, Luke Palmer leaves with a state-issued suit, $100 dollars to buy a bus ticket, and a map that will lead to a promise and into the heart of a dark forest.“The Butterfly Forest is a high-octane thriller that is part mystery, part love story, and full bore great storytelling that you’ll think about days after you’ve left the woods.”– John Davenport (Orlando, FL)College graduate student Molly Monroe is about to release rare butterflies not far from where the FBI used 4,000 bullets in a shootout to kill Ma Barker and one of her gangster sons in 1935. Molly snaps a picture that will frame something she never sees coming.

Sean O’Brien does see something — a predator. Between the sea of cars in a Walmart parking lot. Walking quickly. Stalking two women.As O’Brien tries to prevent the abduction, he opens the door to a new relationship. And he opens a dark door to a horror that is secluded within the forest. He follows veiled tracks that lead him farther into the woods where an evil from the past intersects with a frightening presence to form a volatile trap with only one way out.

THE BUTTERFLY FOREST is available from Audible

Tom Lowe is an award-winning documentary writer/director whose films air nationwide on PBS. As he writes his novels, Tom draws from his travels around the world and his background as a print and broadcast journalist.  The novels in his Sean O’Brien mystery/thriller series include: A False Dawn, The 24th Letter, and The Butterfly Forest.  The Black Bullet is next, followed by a stand-alone novel, Gravity.   Tom is a sailor and SCUBA diver. He lives in Florida.

Murder by Serpents: The Mystery Quilt by Barbara Graham