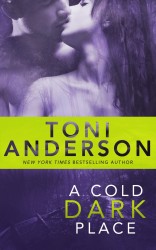 Former CIA assassin Alex Parker works for The Gateway Project, a clandestine government organization hell-bent on taking out serial killers and pedophiles before they enter the justice system. Alex doesn’t enjoy killing, but he’s damn good at it. He’s good at dodging the law, too—until a beautiful rookie agent has him wondering what it might be like to get caught.

FBI Special Agent Mallory Rooney has spent years hunting the lowlife who abducted her identical twin sister eighteen years ago. Now, during an on-going serial killer investigation, Mallory begins to suspect there’s a vigilante operating outside the law. She has no choice but to take him down, because murder isn’t justice. Is it?

When Mallory starts asking questions, The Gateway Project management starts to sweat, and orders Alex to watch her. As soon as they meet, the two begin to fall in love. But the lies and betrayals that define Alex’s life threaten to destroy them both—especially when the man who stole her sister all those years ago makes Mallory his next target, and Alex must reveal his true identity to save the woman he loves.

A COLD DARK PLACE is available from Amazon.

Toni Anderson is a New York Times & USA Today best-selling author of Romantic Suspense. A former marine biologist, Anderson travelled the world with her work. After living in six different countries, she finally settled down in the Canadian prairies with her husband and two children. Combining her love of travel with her love of romantic suspense, Anderson writes stories based in some of the places she has been fortunate enough to visit.

Toni donates 15% of her royalties from Edge of Survival to diabetes research–to find out why, read the book!

She is the author of eight novels including Dark Waters, Dangerous Waters, and The Killing Game.