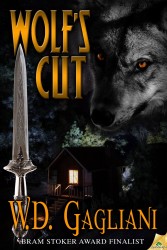 People still ask me why I decided to write thrillers about cops and … werewolves. As if it were a conscious decision. Sometimes stuff just happens, and next thing you know you’re “that werewolf guy.”

How did I get here?

Well, there was a progression of sorts, and it makes more sense than it ought to. As usual, it’s all about the things we read and watched and listened to when we were kids. The things that piqued our interest, the things that tickled our creativity, the things that made us feel as if we belonged even if we were outsiders. The things that gave us shelter from reality, taught us lessons before Life could, and gave us license to dream (even if those dreams were nightmares).

Growing up, I went through a series of phases that would lead me to the place where writing about a homicide cop who is also a werewolf—and who finds himself in the crosshairs of an evil Blackwater-like security contractor made up largely of (you guessed it) werewolves—would seem completely logical.

I didn’t realize I was on a journey, but apparently I was and its highways and byways led me here, to the release of my fifth Nick Lupo thriller. WOLF’S CUT will be out by Samhain Publishing on March 4.

It was an interesting journey, so let’s step back and map it.

I grew up in northern Italy so, even having been born in the U.S., I began a sort of dual existence: two cultures, two languages, an old country and a new, an old way and a new. Perhaps it would be no surprise or coincidence that just about every character in my Bram Stoker Award-nominated first novel, WOLF’S TRAP, would also display some sort of dual nature. And the protagonist named Dominic (Nick) Lupo—no, it’s not subtle, is it?—would exhibit the ultimate dual nature of being both human and wolf, man and monster, and eventually both good guy and bad guy. After five novels, with one more in the works, I look at him this way: Lupo’s a good guy, but he’s getting over it.

So here’s the map.

As a kid, I loved the Universal monster movies, and none as much as ABBOTT & COSTELLO MEET FRANKENSTEIN. While it was clearly a comedy, it utilized the Universal Monsters straightforwardly enough to scare an impressionable youngster watching alone, late at night. WGN’s Saturday night late “Creature Features” was the perfect vehicle, and I reacted with as much empathy to the tragic Larry Talbot in that comical context as I did to Talbot in THE WOLF MAN.

But in those days I was also devouring books by Jules Verne and H.G. Wells, as well as the movies based on those authors’ best-known works. My early science fiction forays predictably carried through those books and movies, and even to SF-based JONNY QUEST cartoons, cementing my interest in mixed-genre adventures. As a developing reader, soon I began immersing myself in British thrillers written by Alistair MacLean, Duncan Kyle, Jack Higgins, Ian Fleming, and others… but at the same time I also worked my way through various detective series, including such disparate authors as James Leasor and Ellery Queen, but also Raymond Chandler and Dashiell Hammett, eventually settling on the more hardboiled style of Mickey Spillane, Brett Halliday, and others. I was already connecting the harder edge in thrillers to the harder edge of the noir and hardboiled.

I had written plenty of in-school short stories by then, and even started my own novels a couple times—mostly thrillers, war stories, or detective-driven mysteries, channeling my reading preferences.

And I was also dipping into horror, enjoying the work of James Herbert, Richard Matheson, Ray Bradbury, and similar writers until the day I brought home a grocery rack paperback by some guy named Stephen King. It was new, his second book, SALEM’S LOT, but I’d never heard of him. I was riveted—and very effectively scared!—by the idea of vampires running rampant in a town just like mine. I was a latch-key kid home alone until 8:00 every night, and Wisconsin winter days are dark by 4:15. Reading that novel as the sky darkened outside really worked on me, and in a flash I knew I was lost to horror. Even though I’d experienced good written horror before, this was the first time I decided I wanted to do what this Stephen King was doing.

I was on my way, but for a while I still wrote stories that mostly wanted to be straightforward SF or mysteries. Still, my reading always edged into darker themes. When it came to SF, I gravitated toward the New Wave and its more psychological focus (see Harlan Ellison, for instance). When it came to horror, King introduced me to Peter Straub and others who kept me fed as I also filled in my resume by going back to Poe and Lovecraft. And then I stumbled onto two magazines that forever changed my approach: David Silva’s THE HORROR SHOW and THE TWILIGHT ZONE MAGAZINE, both of which introduced me to writers I hadn’t met before: Robert McCammon, Joe Lansdale, Richard Laymon, David Schow, and others who became known (rightly or wrongly) as the Splatterpunks. Their work was a revelation, because suddenly I realized the horror could be brought home as King had done, but maybe the darkness wasn’t supernatural but inherently human. The serial killer next door, as it were.

These and various other influences swirled around in my head, and would sometime later result in WOLF’S TRAP—a novel I considered a one-off, until its sales led the publisher to decree it required a sequel.

And thus a series was born.

It appears that Nick Lupo’s journey hasn’t ended. WOLF’S CUT picks up where WOLF’S EDGE left off, with some unfinished business between the two women who want him, and the crosshairs of some new and old enemies settling on his back. Lupo himself isn’t the same good guy he began as, having developed into the kind of cop who’s too often willing (but mostly forced) to go off-book because his antagonists aren’t always entirely human.

I enjoy forcing Lupo to navigate the dark waters of hazy-at-best ethics and morality, trying to hold his life together as more and more impossible requirements are heaped on him, in my mind making him increasingly a Larry Talbot kind of guy (just to bring us almost full-circle). The parallel stories of Lupo’s youth have given way somewhat to those of his father and grandfather in World War II German-occupied (and post-war) Italy, many of which are loosely based on stories passed on by my own parents and grandparents who lived through the period, connecting my reluctant hero with a destiny that goes back much farther than he realizes.

It has been an interesting journey.

After WOLF’S TRAP, the novels WOLF’S GAMBIT and WOLF’S BLUFF introduced and expanded upon the Blackwater-like security contractor Wolfpaw and hinted at their origins (think Nazis and their occult obsessions). The fourth book, WOLF’S EDGE, went there along with Lupo’s male ancestors and closed the loose Wolfpaw trilogy. And now WOLF’S CUT begins a new loose trilogy in which the nature of Lupo’s antagonists shifts slightly and expands, while still harking back to his father’s days on the hunt through the ranks of the real Odessa and its Nazi-smuggling activities.

The journey continues, and I hope some adventurous readers will want to sign up.

I never thought mingling horror, thrillers, Nazis, police procedural, erotica, and crime would be so much fun.

I hope you’ll join me. 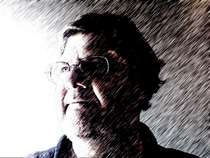 W.D. Gagliani is the author of the horror/crime thriller WOLF’S TRAP (Samhain Publishing), a past Bram Stoker Award nominee, as well as WOLF’S GAMBIT (47North), WOLF’S BLUFF (47North), WOLF’S EDGE (Samhain), WOLF’S CUT (Samhain), and the upcoming WOLF’S BLIND. Gagliani is also the author of the hard-noir thriller SAVAGE NIGHTS (Tarkus Press), the collection SHADOWPLAYS, and the novella THE GREAT BELZONI AND THE GAIT OF ANUBIS.

To learn more about W.D. Gagliani, please visit his website.