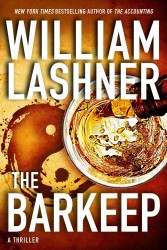 William Lashner is back with his latest book THE BARKEEP. For readers just finding out about William, he is the NEW YORK TIMES bestselling creator of Victor Carl, who has been called by BOOKLIST one of the mystery novel’s “most compelling, most morally ambiguous characters.” William is coming off his last book THE ACCOUNTING which the Portland Book Review called “Fear and tension build from the start of the tale…a thrilling story cracking with suspense.” Readers will find this same type of suspense and thrills inside THE BARKEEP and in fact this is a good time to see a little peek inside the book.

Justin Chase is the perfect barkeep, tending bar as he lives his life, in a state of Zen serenity. At least until Birdie Grackle, a yellow-haired, foul-mouthed alcoholic from Texas, walks into his bar, orders a Mojito, and makes a startling confession.

Six years ago Justin’s life was ripped apart when he discovered his mother’s bludgeoned corpse in the foyer of the family home. Now Justin’s father is serving a life sentence and Justin, after a stint in an asylum, drowns his emotions in a pool of inner peace. But when Birdie Grackle claims to be the hit man who murdered Justin’s mother for the money, Justin is hurled back to the emotions, the past, and, most frightening of all, the father he tried to leave behind.

Who hired Birdie Grackle to kill Justin’s mother? Was it Annie Overmeyer, the sexy young woman with whom Justin’s father had been having an affair? Was it Justin’s brother, who took advantage of his father’s conviction to take control of the family business? Was it someone from his mother’s secret life, the shocking details of which Justin is only learning now? Or was it maybe his imprisoned father, to whom Justin is suddenly growing dangerously close? For all of Justin’s efforts to banish emotion and attachment from his life, this searing journey into his past affects him in ways he could never have anticipated.

As Justin pieces together the truth, a merciless killing machine begins stalking him, leaving a trail of dead in his wake. Someone wants to bury the truth, and maybe Justin, too. As the terror closes in, Justin had better find some answers quick, because the stakes have been raised—his life is on the line and murder is just not Zen.

THE BIG THRILL had a chance to chat with William about his latest book and his writing process.

Give us a little inside information about THE BARKEEP that is not on the back cover.

THE BARKEEP is loosely based on a true-life killing that shocked Philadelphia. In 1994, Carol Neulander was found brutally murdered in the foyer of her suburban house. There was no apparent motive, her marriage was by all accounts a good one, and for a long time the crime went unsolved. What made it of great interest to the city was that the husband, who eventually became a suspect, was a prominent rabbi in the area. It turned out the rabbi had been having an affair with a somewhat famous radio personality and had paid one of his congregants to bludgeon his wife to death so he could marry his lover. I’m sure there’s something in the Talmud about such a thing. What made the story of especial interest to me was the son, whose testimony was instrumental in getting his father convicted of murdering his mother in 2002.

THE BARKEEP is the story of a father in prison for having murdered his wife, the son who helped put him there, and the past that they are both continuing to deal with. It’s a mystery and a thriller, there’s an interesting love interest, and it has a unique killer roaming the streets, but at its twisted heart is a father and son story, centered on a relationship replete with bitterness and deception, hate and lies, and an enduring love that surprises.

Who is your character Justin Chase?

In the book, it is Justin Chase who finds the bludgeoned body of his mother while coming home from law school with his laundry. He reacts by first cracking up, and then finding refuge in a rootless life of bartending and meditation, which takes its inspiration from his somewhat fractured reading of certain mystical texts, including the TIBETAN BOOK OF THE DEAD.

Justin uses these practices to stay distant from the pain of his mother’s death, and distant from his life, until an old Texan named Birdie Grackle steps into his bar, tells Justin he was the hit man who murdered his mother, and then dares Justin to do something about it. Forced to confront truths about his mother, his father, and his own failed life, something new takes root in his soul.

The beginning or the ending, which do you feel has a bigger impact on the reader? Which is tougher to write for the author?

For writer and reader both, the beginning is all flash and brilliant expectation. It should be like meeting a wonderful stranger at a bar. Seduction scenes are always fun to write. But by the time a writer gets to the ending of the first draft, all that expectation has been dashed, the book has failed to live up to its promise, and you just hope you can get out of the thing alive. But when you’ve finished your third or fourth rewrite, when the book actually starts to live up to the flashy beginning, you know the book works only when the ending leaves you choked up and satisfied. I think it’s the same for the reader; beginnings are bright and fun, but the ending tells the tale.

Is there one piece of advice you were given early in your career that has stuck with you?

Robert Olen Butler once said that the mark of a writer who has a chance to make it in the business is how many unpublished manuscripts he or she is willing to write. More than anything in this profession, perseverance is the key; pretty much everything else can be learned.

Which character in THE BARKEEP do you feel had a bigger voice than you originally thought they would?

Every once in a while, a character just pops out of the page to surprise me, and in this book it was Annie Overmeyer. She has made a complete hash of her life and knows it and that, I think, is where her power lies. She is funny and wry and heartbreakingly honest. When her description of the flower and fauna of the bar scene appeared on the page, I had no idea where it came from—it was is if it had been channeled from the ether—but it has remained my favorite part of the novel.

I haven’t written a Victor Carl story in six or seven years because I needed a break from the scoundrel, but he’ll be back later this year in a novel called BAGMEN. It’s a story of murder and sex and the underbelly of politics which for Victor Carl is just another sunny day in July.

We would like to thank William for taking the time to talk with us and share a little more about his book and other things. Visit www.williamlashner.com for more information on all his work. 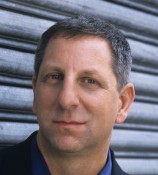 William Lashner is the NEW YORK TIMES best-selling creator of Victor Carl, a character BOOKLIST called “one of the mystery novel’s most compelling, most morally ambiguous characters.” The eight Victor Carl novels have been translated into more than a dozen foreign languages and are sold all over the world. He is also the author of the best-selling thrillers THE ACCOUNTING and BLOOD AND BONE, as well as the novel KOCKROACH, which he published under the pseudonym Tyler Knox. Before leaving his job to write full-time, Lashner was a criminal prosecutor with the Department of Justice in Washington, DC.