My son’s grandmother, Juana Maria Guruceta, was a young teen the day Generalissimo Franco’s planes rained bombs over the Basque Country, the fiercely independent, highly industrialized and culturally rich region of the Pyrenees, which spreads across Northern Spain and the southwestern corner of France.

Her father, Vicente, a custom gun maker and the trade representative of a group of sporting rifle manufacturers famously established in the Basque Country, was forced to flee with his wife, daughter, and young son.  They barely escaped before their house was destroyed, taking a boat from Bilbao to the coast of France, and then inland, where they hoped to find refuge at a convent.

The convent did not expect a boy to be in the party of refugees and would not allow him to stay within its walls beyond a brief visit.  So yet again they were on the run, this time to Nicaragua where Vicente had visited often in his role as trade emissary.

Vicente subsequently established himself in Nicaragua, resuming his role as a trade representative for gun manufacturers in Europe and the Americas.  Tragedy still dogged the family when Vicente’s young wife died of cancer, then his son of a brain tumor.  To make a bad situation worse, his daughter Juana, my son’s grandmother, became the object of the affections of the Nicaraguan dictator’s son, Anastasio Somoza.

Juana’s father, a towering, proud man of refined Basque lineage, would have none of this.  After shooing young Somoza off his property with a shotgun, he shipped Juana off to the relative safety of Connecticut College for Women in New London.  Most importantly, to America.

There she met my son’s grandfather and the rest is family history.

Their story, which I’ve only barely touched on here, inspired my book CRIES OF THE LOST.

What interested me most was how the tectonic movement of global geo-political events can affect ordinary people, not just the working folk, but also relatively affluent and elite professionals swept up in a conflagration they neither had a hand in igniting, nor could possibly control.

The other macro-theme of the book is the way culture, finance, and nefarious behavior flows across borders; how the world is now both the source of global prosperity and the ultimate devil’s playground.

As for the micro-themes, the more intimate explorations, we see how the relationship between Arthur and Natsumi grows as Arthur’s natural reserve and guarded emotions give way before Natsumi’s relentless good will and delicate allure. In turn, we see how Arthur’s guileless character warms Natsumi’s Asian heart and leaves her vulnerable to his goofy, intellectual charms.  They are both unlikely, and destined for each other, and we’re happy for the ultimate outcome.

Layer on all this a fictional family drama.  Although Arthur’s wife Florencia is long gone, we feel the pull of her renegade past and those who held sway over her, if only briefly as she fought to assert her pre-eminent female identity.

This is book of intrigue, adventure, and search for answers in a world that has far more information than wisdom, more fact than enlightenment.  For the heroes of the story, it’s also a matter of life and death, which puts the more philosophical questions into sharp relief:

Is knowing better than surviving? Is surviving the only reason to live? 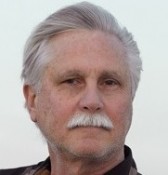 Chris Knopf’s tenth book, DEAD ANYWAY (2012), the 2013 winner of the Nero Award. It also received starred reviews from Publishers Weekly, Booklist, Kirkus and Library Journal. Publishers Weekly listed it as one of the Top Twelve Mysteries of 2012, the Boston Globe a Ten Best Crime Books of 2012. A sequel, CRIES OF THE LOST, was published in 2013. Knopf also writes the Sam Acquillo and Jackie Swaitkowski Hamptons Mystery series.