Helen Smith was ranked as America’s most popular mystery writer on Amazon last summer.Her latest release, BEYOND BELIEF, the second in the Emily Castle mysteries published by Thomas and Mercer is an entertaining mix of humor, mystery, and British eccentricities.

Smith writes novels, children’s books, poetry, plays, and screenplays. Her books have reached number one on Amazon’s bestseller lists in the US, UK, Canada, and Germany. Her first book, ALISON WONDERLAND, was one of the top five bestselling books from Amazon Publishing when it was launched in the US in 2011.

In BEYOND BELIEF, famed psychic Perspicacious Peg predicts a murder will occur at England’s Belief and Beyond conference, prompting her science-minded colleagues to recruit twenty-six-year-old budding sleuth Emily Castles to attend the event as a “future crimes investigator.” The suspected victim: celebrated magician Edmund Zenon, who plans to perform a daring stunt at the conference—and is offering fifty thousand pounds to any attendee who can prove that the paranormal exists.

In the seaside town of Torquay, Emily meets a colorful cast of characters: dramatic fortune-teller Madame Nova; kindly Bobby Blue Suit and his three psychic dachshunds; Sarah and Tim Taylor, devastated parents mourning their late son; and religious cult members Hilary, Trina, and the Colonel. Tensions rise as believers in science, the supernatural, and the spiritual clash with one another. But once a body count begins, Emily must excuse herself from the séances and positivity circles, and use old-fashioned detective work to find the killer.

Helen, tell us more about the clash of science, the supernatural, and the spiritual in BEYOND BELIEF?

Ian, thank you for the introduction and the questions. I’m delighted to have the opportunity to talk about my work. I love magic and sleight of hand, and I’m fascinated by psychics and spiritualists, and the skills and personality types required to earn a living in any of those fields. I wanted to bring together a group of people with differing ideas about how the world works, with consequences—such as loss of income or loss of reputation—if they are challenged and proved wrong, that would make them possible suspects in a murder case. And because I wanted to have fun with it—and keep the police out of it, to give my amateur sleuth a chance to solve the case—BEYOND BELIEF starts with a murder that hasn’t yet happened.

You describe Emily Castles as a “twenty-six-year-old budding sleuth”, and she has as a side-kick Dr Muriel Crowther. Would it be fair to say Emily Castles is your version of Sherlock Holmes?

Dr. Muriel is a philosophy professor so she’s very clever, rather than a slower-witted foil like Captain Hastings to Poirot, or Dr. Watson to Sherlock Holmes. Dr. Muriel likes asking questions and Emily likes solving puzzles, so they make a great team, with plenty of respect for each other’s abilities.Emily is more like a young Miss Marple than Sherlock Holmes, with her eccentric friend Dr.Muriel encouraging her to develop her detective skills as the series progresses.

Obviously the killer must remain anonymous here, but can you tell us about some of the colorful characters that Emily finds herself dealing with?

Emily meets some larger-than-life characters, including a clairvoyant called Perspicacious Peg, the first black president of a scientific organization who is trying to get to grips with Twitter,a challenger for a prize of fifty thousand pounds who has three psychic dachshunds, three members of an obscure religious cult, a spiritualist,a fortune-teller, and a magician.

What made you decide to make Emily Castles a series character?

I wanted a likeable amateur sleuth who could plausibly go into all sorts of situations where she might get mixed up in murder, but I didn’t want her to have any special powers or skills that would give her an advantage over the reader. I came up with a bright, inquisitive young woman who hasn’t quite found a job that’s right for her, which means she takes on various temporary assignments around the country—and even overseas, if the series continues. With a set-up like that, there should be endless possibilities for Emily to investigate when people start dying around her.

It sounds like quite a mix, doesn’t it! If I need to simplify things, I tend to just tell people that I write comedies. At the moment I’m really enjoying writing mysteries. Like everything I write, they have some funny lines in them, and a slightly surreal quality to many of the characters and situations.

You clearly enjoy traveling, and are currently on a two and a half month cruise around the world, and I believe you’re writing a novel on the cruise. Will it be an exotic-set thriller with a female James Bond type?

This is such an amazing trip! We left Southampton early in January and recently sailed through the Suez Canal. Now we’re on our way to California via India, Sri Lanka, Burma, and Japan. I’m so fortunate to be doing this, and the only way I can justify it to myself is by hiding away in my cabin for a few hours each day to write the next book. It’s the third novel in my Emily Castles series, due out in 2015, and it takes place at the Edinburgh Festival. I’m also making notes for the book that follows after that. You won’t be surprised to hear that it takes place on a cruise ship!

How have you found your experience of travel and other cultures has helped you in terms of plot and character development?

That’s an interesting question. All our experiences as writers end up in our books somehow or other, but I can’t identify any particular way in which my adventures have helped me with my writing. However, I know that it has worked the other way round—the books I read as a child inspired my love of travel. I read a lot of Agatha Christie when I was younger, for example, and although she is now often categorized as a cozy mystery writer, in fact she used a lot of exotic locations in her books. It was reading DEATH ON THE NILE and MURDER ON THE ORIENT EXPRESS that made me want to travel and see the world.

Writers like you, Tom Sharpe, and others take British eccentricity to extremes. What is it about the British culture that affords writers the scope to create the wackiness that (it seems to me) is impossible to replicate in the U.S.?

I don’t know! British culture certainly regards eccentricity with affection, and we will forgive almost any sort of bad behavior so long as it makes us laugh. But I also think of America as a nation that has its fair share of eccentrics and iconoclasts, celebrated in works of fiction like, for example, John Kennedy Toole’s CONFEDERACY OF DUNCES.

You’ve attended quite a range of writers’ conferences. What would you say are the benefits for new authors or aspiring writers in attending such conferences? Which conferences have you enjoyed the most?

I love meeting other people involved in crime writing—writers, readers, editors, conference programmers, publicists, agents, bloggers, booksellers, and so on. After a few intense days and nights, I come away feeling a sense of camaraderie with other writers, and gratitude to the people who publish our books and the readers who buy them, and the volunteers who put the conferences together. I enjoy the solitude of my working life, but it’s great to meet up with other people in the same business every now and then. Those are the benefits for me, and I would think that most other writers would probably feel the same way, so long as they’re fairly gregarious.

The first crime writing convention I attended was Bouchercon in 2012. I enjoyed it so much that I came straight home and booked for the following year, and I’ll be back again this year, too. I attended CrimeFest and Harrogate in the UK in 2013 and will be there again in 2014, and this year I will also attend Left Coast Crime and Malice Domestic. I can recommend all of them, and there are others that come highly recommended by those who have attended, including the International Thriller Writers’ convention.

You’ve written screenplays. How do you find writing a screenplay compared to writing a novel?

I enjoy the creative control that comes with writing a novel. Making a film or a TV show is a collaboration, and a screenplay is a technical document that allows the writer to talk to the director and other collaborators; it has to be set out in a certain way so that everyone can understand it. I find the technical formalities quite constraining, though the sense of shared purpose is exciting. 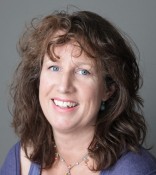 Helen Smith is a British novelist and playwright who lives in London. She is the author of the Emily Castles mysteries and other books.

To learn more about Helen, please visit her website.