All fiction, no matter how fantastical, is rooted in the experiences of the writer.  We bring something of ourselves into every short story or novel we write.  In my Lieutenant Lucinda Pierce novels, I gravitated, without conscious thought, to issues that were significant to me.  In previous books, I’ve touched on mental illness, suicide, parental responsibility, social obligation, elderly dementia and missing persons.

In WRONG TURN, the sixth, and latest, book in the series, Pierce grapples with claims of wrongful conviction.  I stumbled into awareness and knowledge about these travesties of justice through my involvement in the case of Julie Rea, who was serving a 65-year-sentence for the murder of her 10-year-old son, Joel Kirkpatrick.  In an interview I conducted with serial killer Tommy Lynn Sells for my true crime book, THROUGH THE WINDOW, he confessed to that murder.

The prosecutor made a number of comments to the media that convinced me it would be fruitless to provide the information about the confession to him.  I was also aware that Sells was a master manipulator who could deceive anyone—including me.  I had to make a decision: do I risk my credibility by including that crime in my book?   Or would it be wiser not to disclose any of that information and avoid the scrutiny that would accompany those revelations?

I chose to take the risk in the hopes that, if Sells were telling the truth, someone in a better position to take action to rectify the situation would be empowered to do so.  Two months after the release of the book, it happened.  My response to an email catapulted me into a legal and media storm.  Numerous inappropriate actions taken by law enforcement and the prosecution came to light and Bill Clutter, the investigator for the Downstate Illinois Innocence Project, found witnesses to corroborate Sells’ story and place him in the small town of Lawrenceville on the weekend of Joel’s murder.

Following that, the Center on Wrongful Conviction, at Northwestern University in Chicago, entered the fray, and, to my great surprise, my book had indeed become a catalyst to right a horrible wrong.  I testified on Julie’s behalf in front of the Illinois State Prison Review Board and provided an affidavit that was presented to the jury in her new trial.  In that courtroom redux, Julie was acquitted of the crime.

In 2011, Julie received a Certificate of Innocence from the State of Illinois, a document that not only expunged her record but stated clearly that she shouldn’t have had one in the first place.  The next month, Julie introduced me at Downstate Illinois Innocence Project dinner and I stood beside her to accept the Defender of Innocents award.  Overcome with emotion, I found it very difficult to convey my feelings to the audience. Standing up there beside Julie, the full weight of what I had done and how I had made a difference in someone’s life nearly drove me to my knees.  My role in obtaining justice for this wrongfully convicted mother was minor compared to the work done by many others.  Still, it is the crowning achievement of my life.  And it opened my eyes to the travesties of justice that have happened all over this country.

Wrongful conviction not only destroys the innocent but allows a perpetrator to remain free to commit more criminal acts.   Before he was finally caught in Del Rio, Texas Sells murdered at least four others.  He now sits on Death Row.

Wrongful conviction claims, however, are not only made by the innocent.  Sometimes they are crafty defense moves that, unfortunately, sometimes succeed.  In WRONG TURN, Lieutenant Pierce places her career on the line as she confronts both possibilities in her search justice and truth at all costs—even if it proves that she was responsible for unjustly robbing individuals of their freedom and causing the death of additional victims. 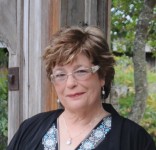 Diane Fanning is the Edgar-nominated author of six books in the Lucinda Pierce series as well as eleven true crime books, a true crime short, another mystery novel and an anthology of Texas women writers. She has received the Defender of the Innocent award from the Downstate Illinois Innocence Project and the Freedom Fighter award for her work in the non-profit sector. She has appeared on THE TODAY SHOW, 48 HOURS, 20/20, BIOGRAPHY, JUSTICE WITH JUDGE JEANINE and numerous shows on MSNBC, E! and INVESTIGATION DISCOVERY networks. Born in Baltimore, Maryland, she lived in Virginia for two decades before settling in New Braunfels, Texas.