The first bomb cracked the Hilton like an egg; the second gutted the lobby of the Marriott; and the third peeled the front off the Grand Hyatt. Three massive explosions, all at American hotels, and all within a few horrifying seconds. Hundreds are dead and thousands are injured. Singapore is bleeding.

Inspector Samuel Tay is a senior inspector in the Special Investigation Section of Singapore CID, but he is frozen out of this investigation from the beginning. He’s made serious enemies in Singapore’s Internal Security Department, and he has even more enemies at the American embassy, so Tay is assigned routine cases while his colleagues join with the CIA and the FBI in a feverish search for the bombers.

Three days after the explosions, the smell of death still sticky in the city’s air, Tay is sent to a run-down apartment near the Malaysian border where two children have found the body of a Caucasian male with a broken neck. Tay feels an immediate connection with the dead man, although he knows he has ever seen him before.

As Tay searches the dead man’s past for clues to who he was and who his killer might have been, Tay’s own past begins to give up its secrets. A long-dead father he can barely remember reaches out of the grave to point to the truth about both the murdered man and the bombings. And the horror of Singapore’s destruction becomes a personal horror for Samuel Tay.

“Needham is Asia’s most stylish and atmospheric writer of crime fiction.” –THE SINGAPORE STRAITS TIMES

“Mr. Needham seems to know rather more than one ought about these things.” — THE WALL STREET JOURNAL ASIA 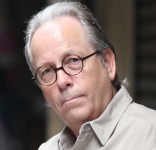 Jake Needham is an American screen and television writer who began writing crime and legal thrillers when he realized he didn’t really like movies and television very much. Mr. Needham has lived and worked in Hong Kong, Singapore, and Thailand for over twenty-five years. He is a lawyer by education and has held a number of significant positions in both the public and private sectors where he took part in a lengthy list of international operations he has absolutely no intention of telling you about. He, his wife, and their two sons now divide their time between homes in Thailand and the United States.

You can learn more about Jake Needham, please visit his website.