Jenda, Matteo, and Soborgne have escaped to Vajdahunyad Catstle in Budapest in search of a safe hiding place from the Dracul. When Matteo confesses all his secrets, the girls learn their part in an ancient prophecy that foretells the destruction of humanity.

Soborgne disappears with the strange man from her dreams and Jenda is left trying to convince the others of her friend’s innocence. While Soborgne is busy relishing the life of a vampire unrestrained and learning the dark secrets of her own life, Celeste calls together a meeting of the Coven and the Clan–a group of vampires and witches–to prepare for war against the Dracul. Jenda learns the key to finding Soborgne and preventing the prophecy, but it comes at a steep price.

“Some vampires. Some sex. Infinitely better than Twilight.”~ J. Hartman 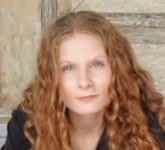 Catherine received her Associates of Science from Colorado Technical University. After working in the Criminal Justice field for several years, she has decided to dedicate her life to her true passion, creating captivating works of fiction. She lives in Southeast Missouri with her husband, three children, and pets.