If you are a fan of romantic suspense, you won’t want to miss AN AFFAIR OF VENGEANCE, an exciting new novel by debut author Jamie Michele.

Undercover agent Evangeline Quill knows the dangers of getting personally involved in her cases. But this one is unavoidable: someone murdered her parents, and she’s sure she knows the killer. To hunt him down, she’ll need evidence…and someone to lead her straight into the murderer’s lair. Enter handsome and elusive Oliver McCrea, a man with ties to the criminal world.

I had a chance to catch up with Jamie and find out more about what it takes to write a rousing story of romantic suspense.

Evangeline Quill is an undercover agent. Why did you choose to write about this profession?

When I finally found myself in a position to write a novel, I was in the midst of an infatuation with the J.J. Abrams television series starring Jennifer Garner. (If you haven’t seen it, go now and watch all five seasons…or at least the first one. After that, you won’t be able to stop.) I wanted to create my own romanticized world of international intrigue, but I wanted to focus on developing the love between the two leads, rather than on an overarching conspiracy plot. Still, there are plenty of crazy ALIAS-style plot twists, as well as lots of high-wire action and glamorous settings.

How do find the balance between creating romance and suspense? Does one tend to take the lead over the other?

It’s incredibly difficult to get the balance right, and every reader has his or her own personal recipe for perfection. As a writer, you can’t please everyone, so I try to please myself. That means I try to keep the romance in the forefront of the action. I live for the emotional impact of a man taking a bullet for his wife, or of a heroine running into a burning building to save the father of her children. Yes, I love action and suspense and adventure, but what really hits me in the gut are moments of noble sacrifice that are inspired by nothing more–and nothing less–than love.

Let’s say a book is like a cake. Mainstream thriller writers are likely to throw a bit of sex and romance in as the sprinkles on top of the cake. The best ones might do a $1000 job with hand-carved chocolate seashells and edible crystals. Fantastic, right? Most readers would appreciate the artistry involved in making such a confection. But if the romance–the sprinkles–disappeared, the book would remain perfectly intelligible. By contrast, in a romantic suspense, the romance is absolutely essential to the development of the plot. Without it, the whole book falls flat. So for us romantic suspense writers, the romance is more like the egg in the cake batter. If you forget it, you might not notice when you’re mixing it up, but when you open the oven and the cake is a hard, inedible brick, you know you screwed up somewhere.

When did you first start writing this story, and how easy/ difficult / joyful /gut-wrenching was the process?

I began writing this book in 2007 while I was working as a “ZooMobile” instructor, driving a van full of exotic animals around to schools, senior centers, and the occasional cub scout meeting. Very fun job, and it was only twenty or so hours a week, which gave me the enviable luxury of time. I began with a scene–a tough but sexy woman eyeballing a potential intelligence target in a gritty bar–and proceeded from there, scene by scene. I had no plan, no synopsis. Just a strong vision of that woman, and eventually a man, working against each other to achieve the same goal. The characters led the plot every step of the way, which made me feel less like I was creating a story and more like I was watching a movie screening in my head. I hardly feel responsible for it; I mean, I know I wrote it. But in a weird way, it’s almost like the events of the novel actually occurred, and I was just there to write it down.

That made revisions tough. Since the characters and the action of the book felt real to me, it was difficult to make changes. How does one change something that’s already happened? It was like I needed a time machine. I ended up changing the heroine’s name and physical description a couple of times just so that I could re-imagine her actions.

Let’s talk about villains. What makes a really good one and why are they so fun to write about?

A well-crafted plot can keep a reader turning the pages of a thriller, but a realistic villain is what sears those pages into a reader’s memory forever. When a villain seems real, readers need to finish the novel to know that he’s vanquished. Otherwise, it feels like he’s still out there, lurking…perhaps just outside of the reader’s bedroom window.

But when a villain is not only realistic but sympathetic, a reader can actually be transformed by the experience of reading a novel. When you read a book with a sympathetic villain, and you begin to understand why he kills and maims and destroys good things, then you begin to acknowledge that most instances of evil aren’t the result of an inexplicable inborn condition that’s either on or off, like a light switch. Undoubtedly there are exceptions, but I believe that evil is generally the product of some kind of horrifying and systemic abuse that most of us were lucky to not receive.

That certainly doesn’t excuse the criminal actions of an adult who is aware of the laws and moral standards governing the culture in which he lives. But it does make for good reading. Once evil becomes a process that occurs when a good person is terrorized, the line between us and them–between good and evil–diminishes. If the potential for evil lurks within us all, then given adequate motivation, any one of us could be a villain. This can be frightening, but it’s also compelling.

Can you tell us a little about your next book, AN AFFAIR OF DECEIT?

AN AFFAIR OF DECEIT releases April 6, 2013, and this second book proves that things are not as settled as they seem at the end of AN AFFAIR OF VENGEANCE.

In this sexy romantic suspense, the hard-headed and long-estranged daughter of CIA spymaster Peter Mason (a secondary but pivotal character in AN AFFAIR OF VENGEANCE) doggedly pursues answers to the twenty-year-old mystery of her father’s disappearance from her life, with the dubious aid of suave CIA interrogator James Riley, who hunts the elder Mason who is now suspected of treason. 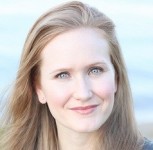 Award-winning romance writer and former zookeeper Jamie Michele has wrestled a giant python, hand-captured a rogue vulture, and brushed the teeth of an alligator, but when she decided to write a novel, she did the unexpected: she didn’t write about animals. Instead, she indulged her long fascination with international espionage and produced AN AFFAIR OF VENGEANCE, winner of a prestigious Golden Heart from the Romance Writers of America. These days, Jamie writes sexy, page-turning romances while managing her own little zoo, which consists of three cats and two exceedingly handsome great apes.