THERE IS A METHOD TO HIS MADNESS

He chooses his tools with precision. Stalks his victims with cold efficiency. Plans his attack using mathematical logic. And now he is ready to play…

THERE ARE RULES TO HIS GAME

When the killer’s first letter arrives at the station, NYPD profiler Lee Campbell suspects the writer is daring him to match wits with a dangerous—and brilliant—criminal mind. But once this “Alleyway Strangler” starts leaving specially targeted messages with each surgically carved corpse, Campbell realizes it’s not just personal. It’s perfectly calculated—to destroy him…

Praise for the riveting thrillers of C. E. Lawrence: 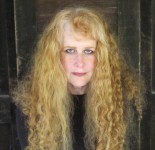 Her other works have been published under the name of Carole Buggé. To learn more, please visit her website.