Colonel Zack Kelly escorts his friend, Blake Lannigan, to Gettysburg.  Blake runs onto the battlefield at Devil’s Den to look for ghosts and disappears.  Zack, who suffers from post traumatic stress disorder from his three tours in Afghanistan, has no memory of what happened to Blake.  He becomes the FBI’s number one suspect.

Zack’s search for Blake takes him to Washington D.C. where an Irish Mafia assassin attempts to kill him; to Galway, Ireland to determine why there is a contract on his life; then back to Washington to unravel a mysterious Irish connection.

The Gettysburg battlefield is one of my favorite places to visit, and I’ve traveled there on a number of occasions.  During those first three days in July, 1863, the battlefield erupted in a rage of fierce fighting, often a fury of hand-to-hand combat.

On the third and fateful day of the battle, 12,000 Confederate soldiers attacked directly into the teeth of the Union lines in what is known as Pickett’s Charge.  After this failed attempt to breach those lines, General Lee withdrew, leaving behind 50,000 Union and Confederate soldiers dead or wounded.  No wonder Gettysburg is known as one of the most haunted places in America.

During my trips to Gettysburg, I’ve participated in a number of ghost tours.  A medium, a person reputed to convey messages between spirits and living people, hosted one of these tours.  I stood in a darken room, a shiver creeping down my spine, not sure if some spirit had brushed by me or not.

That experience peaked my interest.  Building on my military experience, I wrote an assassin into the story, and added a medium as well.   Yes, a perfect “what if.”  Was Blake kidnapped?  Did she run off on her own?  Did a ghost . . .?

DEVIL’S DEN is timely because in July, 2013, America will celebrate the sesquicentennial of the battle, 150 years since that fateful  event.

I’m proud of the following reviews:

“DEVIL’S DEN is a fast-paced, globe-trotting action thriller that hits the target with every shot.” –Jonathan Mayberry, New York Times best-selling author of ASSASSIN’S CODE and DEAD OF THE NIGHT.

“Don Helin’s DEVIL’S DEN redefines the modern crime-thriller by bringing The Troubles stateside in the form of the Irish mob.  This riveting thriller blends a mysterious and complex plot with a splendid hero to form a tumultuous tale of vengeance and deceit.  Not since Tom Clancy’s classic PATRIOT GAMES has a writer so expertly used the backdrop of Ireland to fashion a book that opens with a bang and builds from there.  DEVIL’S DEN reads like Fredrick Forsythe or Daniel Silva at their best, making Helin a worthy successor to the standard such masters have set.” –Jon Land, best-selling author of STRONG AT THE BREAK and BETRAYAL. 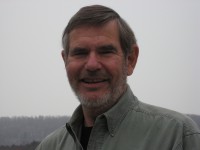 During his time in the military, Don Helin served seven years in the Pentagon as well as multiple tours in the United States and overseas.  His Washington D.C. insider positions have provided him ample material for his novels.  His first thriller, THY KINGDOM COME was published in 2009.   Don is an active member of International Thriller Writers. Mystery Writers of America, and Pennwriters, a state-wide writers group.  He makes his home in central Pennsylvania and is hard at work on his second Zack Kelly thriller, RED DOG.