Donna Del Oro earned a Global eBook Award nomination for her “Born to Sing” series. The prolific author now has two recent releases. THE DELPHI BLOODLINE is a contemporary thriller, and A BODYGUARD OF LIES is an espionage thriller introducing a new protagonist, FBI analyst Jake Bernstein.

In THE DELPHI BLOODLINE, Athena Butler, the descendant of an ancient bloodline of female psychics, finds herself a target after her mother disappears. The FBI finds no explanation for nationwide disappearances of other psychics. A mysterious stranger who claims to be one of the bloodline’s Guardians helps uncover what is a diabolical plot to extinguish forever this powerful bloodline.

NEW YORK TIMES bestselling James Rollins said, “THE DELPHI BLOODLINE cuts romance with the razored-edge suspense of a great thriller. It gets the blood flowing, the heart pumping, and the pages turning well into the night, while delving intimately into a relationship that echoes back to ancient times.”

A BODYGUARD OF LIES is a riveting blend of romantic thriller, mystery and WWII espionage. England’s secret service agency MI-5 recruits Jewish-American FBI analyst Jake Bernstein to go undercover and investigate a naturalized American grandmother. MI-5 suspects the elderly woman of being a notorious Nazi spy wanted for war crimes. Bernstein runs into a series of complications: This spy knows a secret that could endanger the British royal family; his attraction to the old woman’s beautiful granddaughter; an Irish neo-Nazi group tries to kill him; and a clever, cagey old woman stands in the way of justice.

Bestselling Brenda Novak said, “The past and the present collide in this intriguing romantic thriller that captures the angst and pain a lifetime of lies can cause. The complex plot combines politics, romance and history. This story positively captivates!”

Regarding the craft of writing, Donna said, “I write the genre which I love, and that’s the thriller novel. Thanks to Ken Follett and Frederick Forsyth, I fell in love with the genre when I was a college student. So now I tend to write hybrid thrillers that include romantic elements, history, espionage, and sometimes, in the case of THE DELPHI BLOODLINE, a little speculative/paranormal fiction. Is ESP still considered the paranormal realm? What I’ve learned in my research into ESP phenomena, it’s above normal but not paranormal, as in vampires, werewolves, witches and shapeshifters. Extrasensory Perception is an achievable form of intelligence that, given further human evolution, is more probable than just a remote possibility. I never write until the story has solidified in my mind. Sometimes the storyline changes a little but most of the time, it doesn’t. My original conception seems fairly true.”

Donna has advice for aspiring writers. “Don’t expect instant success. For every Stephanie Meyer, there are a thousand authors who have to work very hard to achieve a modicum of success. You have to truly love with an all consuming passion the art and craft of storytelling. If you don’t, find something else that motivates you. This business requires a very self-directed person, too. I always run into people who tell me that they’d love to write a book. But do they ever do it? Most of them, probably not. Why? Because it’s hard work and because it takes a lot of self-motivation with no initial paycheck coming in. It’s not for most people.”

When asked about writing versus rewriting, Donna said, “I do a little of both, writing straight through to get the story line down pat, and sometimes I backpedal to fill in the gaps. But I like to research as I go along.” And she has an interesting outline process. “It’s all mental. I outline in my mind, a skill I mastered teaching high school for 34 years.”

She added, “Being retired and having the time to devote to this craft is possibly the single most important thing that helped me with my writing career.” And every author appreciates accolades from readers. Donna said that comments like “I couldn’t put down your book” are truly gratifying.

Readers can look forward to another contemporary thriller soon. “I’ve started the sequel to my espionage thriller, A BODYGUARD OF LIES. It’ll be called LIES IN HIDING. My hero, FBI agent Jake Bernstein, goes deep undercover to capture a Muslim terrorist cell in Silicon Valley. When I find a character that I really admire and love, I think writing a series with that character is a lot of fun.”

Donna has an interesting outlook as to what inspires creation of her main characters. “I look around and choose traits from various people I know and admire. Jake Bernstein is a composite character, a blend of the most important and admirable qualities a man can have. He’s great!”

When asked how much research about forensics and setting she encounters with writing thrillers, Donna said, “I read, read, read and take notes like crazy. Then I do ‘boots on the ground’ research. That’s the fun part.”

The refrain from Nancy Sinatra’s 1966 signature song strummed my mind’s guitar strings with the “boots” reference. Donna clarified that it’s sort of the walk a mile in my shoes type thing. “Basically, it’s actually traveling the route of the protagonist/antagonist, walking where they walk, going to the places they go, etc. I don’t think a writer can achieve true verisimilitude any other way. ‘Boots on the ground’ is a military term, which means that you don’t really know what it’s like unless you’ve been there, done that. I learned that from Brad Thor, the military thriller author.”

With the publishing world abuzz about eBooks versus Tree-Books, Donna did a volte-face. “At first, I swore I’d never write or read an eBook. Now I’m doing both, bringing other titles into the world of eBooks. I’ve learned, Never say never.” 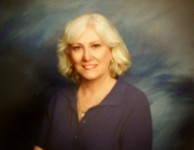 Finding retirement from high school teaching rather boring, Donna Del Oro decided to fulfill an old passion of hers, writing. Since her choice genre to read is thrillers, what better type of novel to write than her favorite. The prolific author makes her home in the Sierra Nevada foothills of Northern California near the most beautiful sites in California, where she’s hard at work writing thrillers.