IF YOU SEE HER and IF YOU KNOW HER, share the same setting: Ash, Kentucky, an ordinary town for ordinary people. …And killers.

In the first book, IF YOU HEAR HER, Lena Riddle, a blind chef, hears a scream in the woods, but no one believes her except Ezra King, who’s on leave from the state police. This terrific romantic thriller has a unique cliffhanger ending.

“Shiloh Walker pens a terrifying, chilling story with an extraordinarily evil villain and tempers it with a deeply emotional, beautifully crafted love story…” USA TODAY, HEA blog —IF YOU HEAR HER

Book two, IF YOU SEE HER, and three, IF YOU KNOW HER, complete the intricate twists and turns of the overarching story, while featuring their own couples, each compelling, unique, and emotionally wounded.

As CINDY O says in her Amazon review: “If it was the author’s intent to get you so invested in all the characters and then leave you hanging until January dying to know what happens next, then she succeeded.”

Shiloh, tell us about Ash, Kentucky and the idea that drove you to write this series.

Well, it all started with Lena, and evolved from there. I had the idea of a woman who heard these screams, and nobody believed her. I wanted to set it in a small town, and Ash sort of just emerged from that idea. Ash is fictional…I’m not sure if there’s an Ash, Kentucky or not. In my mind, it’s about an hour outside of Lexington, between Lexington and Louisville, and it’s your typical small town…people know each other, they think they can mostly trust each other.

Let’s talk about books two and three. What twists and turns can we expect to find waiting for us?

Ah…another cliffhanger at the end of book two. Although Remy and Hope find their happily ever after, and their story is resolved, I don’t wrap up the mystery itself until the third book. I couldn’t have done it any other way, not if I wanted to do the story, and the characters, any justice.

Your protagonists are not just “ordinary” people blind-sided by the villain. Your protagonists are often wounded souls, who have already been pummeled by life. They have even more to overcome. Give us some behind-the-scenes, author insights into your characters and what makes them so special to you.

Ah…that’s hard. I don’t know. I’m drawn to writing damaged people for some reason, but perfection bores me. I tend to balance out the screwed-up character with a less damaged partner.

Like in the first book…Lena might have been blind, but that’s just a facet of who she is. She wasn’t damaged, wasn’t broken, and her blindness doesn’t define who she is. Ezra was actually the broken one of those two.

Hope, in book two, she’s the damaged one, although Remy has his hands full dealing with his attraction to her, knowing she’s the last woman on earth he should be attracted to. But he’s not damaged…he’s level. You can do two damaged people, but it doesn’t work as well.

Your series has been called “complex” and filled with “twists and turns.” What kind of challenges can we expect? And how do you work out all the intricate details?

Now, I can’t tell you that…I don’t want to do spoilers. As I said, there’s another cliff-hanger ending. Details…how did I keep them straight…are you going to think I’m nuts if I tell you I’m not sure? I made notes. Lots of notes. While I was writing it though…I’m not an organized person and outlines give me hives, but when details would come to me as I wrote, I just jotted them down until I needed them.

But it’s also quite steamy, too! The idea of facing death and love at the same time is fraught with danger. Tell us about the sexier side of these stories.

They are romances…my writing tends to veer toward the steamier side of things, but that aspect just played out the way it needed to.

How do the influences of your own life come across in these stories? What aspect or character is most like you?

Eh, the only aspect that probably comes through in any way would be my sarcastic sense of humor. I don’t tend to envision myself or people I know as characters in a book, but sometimes my sarcasm works through.

Research lover or hater? What were the aspects that required the most research and how did you bring research to life?

Neutral on research…I do what I need to do for the sake of the book. The aspect that required the most research was learning about Lena, the heroine in book 1, how she’d live her life, what she’d do. And just the little bit of research I did opened my eyes to how very oddly people treat the blind in our world. It seems that many people have this idea that blind people lead limited lives, and they don’t.

Those who have followed you over the years know you write across many genres and have published dozens of books. Tell us more about your career and all the stories we can discover with the reprinting of your backlist.

Since so many of my books were originally published in ebook form, they are still available on most platforms. A few of them, namely the earlier HUNTER books, are out of print, but I’m reissuing them on my own.

I started writing with Ellora’s Cave. My first story was released in 2003, and it’s been a roller coaster ride ever since. I sort of gave up keeping track how of how many books I’ve written, so I can’t give you an exact number, but as I said…the past few years of my career have been quite a ride.

Give us the scoop on what you’re writing next.

At the moment, I’m wrapping up THE REUNITED, the next book in my FBI Psychics series.  After that, I’m hoping to start another suspense trilogy for Ballantine.

And finally, if you could have any thriller/mystery author write a story just for you, who would that author be and what would he or she write?

Hmmm. Linda Howard, Nora Roberts, or Lynn Viehl in one of her RS guises…and they could do whatever they pleased.

Thank you so much! 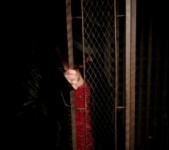 Shiloh Walker has been writing since she was a kid. She fell in love with vampires with the book Bunnicula and has worked her way up to the more…ah…serious works of fiction. She loves reading and writing anything paranormal, anything fantasy, and nearly every kind of romance. Once upon a time she worked as a nurse, but now she writes full time and lives with her family in the Midwest. She writes paranormal and contemporary romance, as well as romantic suspense.

Diane Holmes
DianeHolmes is the founder and Chief Alchemist of Pitch University, thefirst online, no-cost resource where writers who "suck at pitching" canlearn to pitch their books from the agents and editors who make their livingdoing it.
She’s founded writers’ groups,co-owned a small press, had plays produced, written novels and scripts, runwriter's contests, held offices in writing organizations, taught writing… andjust like you, she sucks at pitching her own books.
Her columns Fiction-Zone:Leaps in Fiction Mastery and Marketing-Zone: Marketing Yourself and YourBook are featured on Freelance-Zone.com.