Bestselling author Laura Caldwell’s books have been published in over 22 countries and translated into more than 13 different languages.

In her latest thriller, Claim of Innocence, Valerie Solara has been charged with poisoning her best friend. The prosecution claims she’s always been secretly attracted to Amanda’s husband…and with Amanda gone, she planned to make her move.  Attorney Izzy McNeil left the legal world a year ago, but a friend’s request pulls her into the murder trial. Izzy knows how passion can turn your life upside down. She thought she had it once with her ex-fiance, Sam. Now she wonders if that’s all she has in common with her criminally gorgeous younger boyfriend, Theo. It’s Izzy’s job to present the facts that will exonerate her client-whether or not she’s innocent. But when she suspects Valerie is hiding something, she begins investigating-and uncovers a web of secret passions and dark motives.

Claim of Innocence, has just been released by Mira.  Caldwell took a moment to tell us a little more about the book.

As an accomplished attorney, law professor, and author of eleven books, this is not your first time to the dance. Your new novel is called Claim of Innocence. How does it differ from your previous  thrillers?

I admit I’m sort of marrying my real life with my fictional life in Claim of Innocence. My character, Izzy McNeil, is a redheaded Chicagoan who worked as a civil lawyer most of her career but has fallen into the world of criminal defense. That comes pretty close to my life. I used to be a civil lawyer, defending doctors who were sued. I never thought I’d be working with exonerees–people who have been wrongfully convicted and eventually exonerated. I often find myself in the criminal courthouse now with my law students, looking to get the wrongful convictions off their record or seeking a Certificate of Innocence. Like Izzy, I find it’s a whole new world but an incredibly thrilling one.

Is attorney Izzy McNeil in Claim Of Innocence based on anyone in real life?

Izzy is like my avatar in a way–a cooler, smarter version of me. But really, she’s her own person . Recently, I keep thinking I see her. Chicago seems to be suddenly filled with women with long, dark red hair. And everytime, I think, “Oh, there’s Izzy!” For a flash-second, I think I’m running into her. I have to remind myself that I created her in my mind.

Life After Innocence works with people from Illinois who have been wrongfully convicted and exonerated (like people freed by DNA evidence) to help them start their lives over. It’s powerful stuff that tends to take hold in many areas of my life. I’m fascinated by exonerees and their ability to dispel anger and bitterness and hold onto the good of their situations. I’m also really interested in the hard work put in by police and prosecutors to get the right person in jail. I know it must be agonizing to know you got even one wrong. I don’t want to give much away, but Claim of Innocence deals with that in part.

Bestselling author of legal thrillers and so-called chick-lit novels, nonfiction author, not to mention public speaker and advocate, distinguished scholar in residence at Loyola Law…How do you keep up with it all?

It’s cyclical. I see an opportunity and know I have to do it. So I over-promise, then I over-work to get it done. Then I say, ‘Never again,’ and that lasts for about a week and the cycle starts again. There is a fair amount of self-flagellation involved, although I’m trying to kick that habit.

“Claim of Innocence is guaranteed to claim your weekend, while securing plucky lawyer heroine Izzy McNeil a place straight at the top of your reading pile.”    –NY Times bestselling author Lisa Gardner

“A sizzling roller coaster ride through the streets of Chicago, filled with murder, mystery, sex and heartbreak. These page-turners will have you breathless and panting for more.” –Shore Magazine on Red, White and Dead

“Smart dialogue, captivating images, realistic settings and sexy characters…The pieces of the puzzle come together to reveal the secrets between the sheets that lead Izzy to realize who the killer is.” –BookReporter.com on Red Blooded Murder

“Izzy is the whole package: feminine and sexy, but also smart, tough and resourceful. She’s no damsel-in-distress from a tawdry bodice ripper; she’s more than a fitting match for any bad guys foolish enough to take her on.” –Chicago Sun-Times on Red Blooded Murder

“Former trial lawyer Caldwell launches a mystery series that weaves the emotional appeal of her chick-lit titles with the blinding speed of her thrillers… Readers will be left looking forward to another heart-pounding ride on Izzy’s silver Vespa.” –Publishers Weekly on Red Hot Lies

“Chicago author Laura Caldwell will quench your thirst for mystery and suspense this summer with the release of her new trilogy. Red Hot Lies, Red Blooded Murder and Red, White & Dead follow the sexy, red-headed attorney Izzy McNeil as she attempts to uncover murder and lies. Luckily, she works well under pressure and she begins to push past not only the authorities, but her own limits.” –Today’s Chicago Woman on Red White and Dead 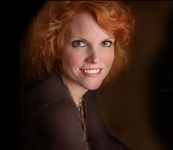 Laura Caldwell is a former civil trial attorney, now Distinguished Scholar in Residence at Loyola University Chicago School of Law, Director of Life After Innocence, published author of several novels and 1 nonfiction book. he is published in over 22 countries and translated into more than 13 languages. Laura is also a freelance magazine writer and has been publi shed in Chicago Magazine, Woman’s Own, The Young Lawyer, Lake Magazine, Australia Woman’s Weekly, Shore Magazine and others.

Laura founded Loyola’s Life After Innocence that assists wrongfully convicted individuals or other innocent persons affected by the criminal justice system in order to help them re-enter society and reclaim their lives.