As Amanda Kyle Williams will freely admit, struggling writers do a lot of things to pay the bills while waiting for their big break. According to her website, Williams has been a freelance journalist, house painter, a property manager, a sales rep, a commercial embroiderer, a courier, a VP of manufacturing at a North Georgia textile mill, and owned Latch Key Pets, a pet sitting and dog walking business. She also worked with a PI firm in Atlanta on surveillance operations, and became a court-appointed process server.

But everything changed for her when Bantam bought the rights to the first three books in her new Keye Street series. The Big Thrill sat down with Williams recently to learn more.

You’ve published prior mysteries in the small press. What makes this series different?

Twenty-five years later, I’m a different writer. Besides being older, and I’m not saying how old, just that there is more gray than brown in my hair now, the tone and scope of the new series is completely different.  The small press books had a very specific, defined feminist audience.  While it was a great learning experience and an honor to have someone willing to publish the first work I’d produced, I just hadn’t gotten good yet. It’s both a blessing and curse to have you first work published.  At the time, you want it more than anything.  You’ll do whatever. You’ll sign whatever.  You’ll tweak whatever. But later, and later always comes, it’s like looking at those old prom pictures.  You know the ones where you thought you were really hot with that perm.  I get that same little cringe when someone says they found one of the old books.

Your main character, Keye Street, is a fascinating and complex woman. How did you go about creating her? Is there someone in particular she is modeled after?

My brother adopted a Chinese baby as an infant and took her to his home in the North Georgia Mountains. It wasn’t long before this lovely Asian child, who had learned her English in Georgia, sounded like one of the Beverly Hillbillies. I started to think about that feeling of being a foreigner in your own land, what it would be like to grow up looking different than the neighbors in the deep south. I wanted to create a character that had experienced this differentness.  But I wanted Keye Street to talk about it in a funny and irreverent way.  I didn’t want to write a victim. Keye witnessed her biological grandparent’s murder at age five during a robbery.  Her parents, two drug addicts and one stripper, were long gone already.  She was adopted by white southern parents.  Law enforcement was her dream always.  She wanted to catch the bad guys. Maybe some part of her wanted to set things right. She worked with single-minded focus to get to the Behavioral Analysis Unit at the FBI, but eventually alcohol derailed her career.  She was fired from the Bureau after eight years. She’s back in Atlanta now running a small detective agency and consulting for the Atlanta Police department.  She’s four years sober.  She’s laugh out loud funny.  Keye still wrestles her demons, like we all do.  I suppose Keye and all my characters are bits of everyone I know. My editor says writers use everything. I think that’s true. Nothing’s wasted.  Everyone in your life, everything that has happened, large and small, bring your books and your characters to life.

This is a planned series—do you see a lot more adventures coming for Keye?

Oh yes. Right now the 2nd book, Stranger In The Room, is in the revision process. This is actually my favorite part of writing because the framework is down and you’re not fighting your way through the first draft.  You’re making magic.  It will be out in 2012.  Book three, Don’t Talk To Strangers, is planned for 2013. The Stranger You Seek has several foreign translations already and we hope for more, of course.  There will be many books in the series.  Bantam will publish at least three of them.

How much research did you do for The Stranger You Seek? Does this come naturally to you? How important is research for a thriller?

I think it’s important to realize that thriller fans and readers in general are pretty sophisticated. If you’re going to write crime scenes, forensics, procedurals, whatever, you have to do your homework.  Plus, I think it improves your writing if you have some level of confidence regarding the subject.  And no, it does not come naturally to me. Reading is work. It always has been. I’m dyslexic. It takes me twice as long as it would take someone with normal reading skills. But it’s a necessary investment.  I’m fascinated with all things crime so this drives me.  And I’ve been really blessed to have made connections in law enforcement, in criminal profiling and in the labs with forensic scientists who are incredibly generous and willing to explain their science in a way I can understand and relate to readers when it’s appropriate. And I added “when it’s appropriate” because too much detail, being too impressed with all the work you’ve done, will kill you just as dead as not knowing what you’re talking about. Thrillers and mysteries are about pacing. I end up using a fraction of my research in a book, but the understanding helps me get the information across in a concise way.

Without giving too much away, do you have a favorite scene from the book—and if so, why?

There’s a scene where we see a killer refill a food and water bowl for a cat. It’s a small thing but it’s a reminder that people aren’t just one thing. It’s not all black and white. We all have these soft spots.  And perhaps we all have the potential for violence as well.

Given the choice, most aspiring writers would love to land that first major deal out of the gate, and go on to even bigger and better things. Your career took longer to develop, as most do. Was that a valuable process that got you to where you are today, or do you think it was just a matter of finding the right publisher and editor for you?

I couldn’t have found the right publisher and editor until I found myself as a writer, my voice, my direction.  That took years for me.  I think as new writers our writing is so self-conscious. We want to impress.  We want to be wise. We want whatever we want.  But later, it’s more organic. We’ve found the character that can deliver the voice and we’re brave enough to just let it fly. I had a friend that used to read my early work and shake her head and say, “If you’d just write like you talk, I’d read it. This doesn’t feel real.”  It’s harder than it sounds to get to the just-let-it-fly stage.  Now I’m thinking about the voices of my characters and who they are and what their natural reactions would be.  I’m getting lost in them.  That’s what had to happen for me.  I look forward to growing. I see now that writing is something that’s constantly evolving.  Like learning, there’s always more.

Do you like to do a lot of outreach to fans? Any plans for upcoming events people should know about?

Yes. I cannot wait.  I love to talk to people. I’m crazy about people who love words and books. It’s just fantastic.  The book will be launched in my hometown of Decatur, Georgia where we are lucky enough to have the largest independent book festival in the country, The Decatur Book Festival, September 2-4th.  It’s such a fun festival. We’re not talking stuffy conference halls. There are events on the town square, in galleries and venues all over town, food and booksellers.  It’s incredibly reader and fan friendly. Think six hundred authors, tons of fans, beer and funnel cakes.  It’s a blast.  I also have an events page on my website. I’ll be doing some touring after The Stranger You Seek is released on August 30th and events will be posted as they’re scheduled.  In September I’ll be at SIBA in Charleston and Bouchercon in St. Louis, Charis Books & More in Atlanta on the 22. Murder By The Book in Houston on the 27th. Hopefully there will be more to come.

Tell us what’s next for Amanda Kyle Williams.

Well, I’ve planned several books in the Keye Street series. That should keep me busy until I’m even older and grayer. There’s also interest in adapting the series for film or television.  And that should be just crazy fun. 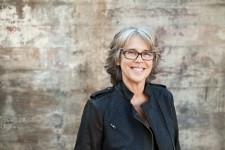 Amanda Kyle Williams has worked as a freelance writer for the Atlanta Journal-Constitution, written small press books in the early 90s, worked as a house painter, a property manager, a sales rep, a commercial embroider, a courier, and owned Latch Key Pets, a pet sitting and dog walking business. She also worked with a PI firm in Atlanta on surveillance operations and became a court-appointed process server in order to lend authenticity to the Keye Street series. The Stranger You Seek is Amanda’s first major-market thriller.

To learn more about Amanda, please visit her website.