New York Times bestselling thrill-master James Rollins is back with The Devil Colony, another electrifying combination of suspense, history, science, action, and ingenious speculation. In The Devil Colony, Sigma Force stalwarts Painter Crowe and Commander Grayson Pierce must investigate a gruesome massacre in the Rocky Mountains and root out a secret cabal that has been manipulating momentous events since the time of the original thirteen colonies. Once again, Rollins delivers a spine-tingler that will leave fans of Michael Crichton, The Da Vinci Code, and Indiana Jones breathless as he exposes the dark truth behind the founding of America.

After hundreds of mummified bodies are unearthed in the Rockies, a custody fight of sorts erupts between militant Native Americans who claim them and scientists who are eager to study the remains. That battle takes a grisly turn when an anthropologist involved in the case is immolated and the teenage leader of a radical group is accused of the murder. To save herself and her cause, she turns to one man she trusts: her uncle Painter Crowe, who happens to be the Sigma Force director. Ripples with action.

“Terrible secrets, the sweep of history, an epic canvas, breathless action…nobody—and I mean nobody—does this stuff better than Rollins.” – Lee Child on The Devil Colony

“From the hidden Indian treasure, to the Fort Knox secrets, to the conspiracy at the beginning of the United States The Devil Colony gives you every reason why you’ll want to be a member of Sigma Force.” – Brad Meltzer, New York Times bestselling author of The Inner Circle on The Devil Colony 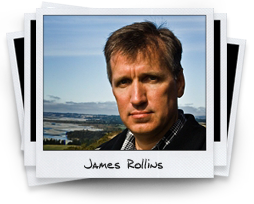 James Rollins is the author of six thrillers in the bestselling Sigma Force series (Sandstorm, Map of Bones, Black Order, The Judas Strain, The Last Oracle, and The Doomsday Key); the blockbuster movie novelization, Indiana Jones and the Kingdom of the Crystal Skull; and six individual adventure thrillers. Rollins is also writing the Jake Ransom series for kids and adults. The first two volumes, Jake Ransom and the Skull King’s Shadow, and Jake Ransom and the Howling Sphinx, are in bookstores now. The Devil Colony debuts June 21, 2011.

The Profession by Steven Pressfield