In Rebuild My World, the last assignment chief deputy Adam Gillespie wants is to babysit the spoiled celebrity Taylor Drake. He hates the Drake family, and with good reason. But Taylor suffers both physically and emotionally from the brutal attack that left her roommate dead, and Adam’s protective instincts kick in. Unfortunately, her paranoia is justified; someone wants her dead.

In Reclaim My Life, the hero from Restore My Heart’s sister goes into hiding in Drake Springs, Florida. I liked my fictional world so much I decided to set another story there, hence Rebuild My World. Drake Springs is very similar to the real town of White Springs, which is near where I live. White Springs is a charming town located along the Suwannee River.

For readers who may not be familiar with the powerful Drake family, please tell us a little bit about them.

The Drakes’ ancestors founded the town, and the recently deceased grandmother, Charlotte Drake, founded a small but prestigious college of arts there, and her son Harold served as both county commissioner and the owner of several businesses in town. Her daughter-in-law, Connie Wilson Drake, was killed in a car crash 30 years ago.

Wilson (Wil) Drake, Charlotte’s oldest grandchild, is the newly elected sheriff in Reclaim My Life. His brother Samuel is dean of the college, and his sister Taylor is an award-winning photographer. Rebuild My World is her story. She returns to her home in Drake Springs to recover from a horrific attack that’s left her with both physical and emotional wounds.

These days, we are deluged with news of pop culture. In Rebuild My World, your character, Taylor Drake, is a spoiled heiress turned celebrity. How did you develop her beyond a spoiled celebrity cliché?

Is she a spoiled celebrity, or is that just Adam’s expectation? Adam is extremely prejudiced against all Drakes. Taylor, only a baby when her mother died, was raised by a fiercely strict grandmother. Although told her family is rich, she knows better after living around Hollywood and the ridiculously rich and famous. She’s not impressed by wealth or prestige.

Note of interest: Taylor’s crime is based on the brutal murder of a high school classmate of mine that remains unsolved. I dedicated Rebuild My World to her memory.

Chief deputy Adam Gillespie hates the Drake family even though he works for Sheriff Wilson Drake. How does Adam cope with this on the job? How do his coping mechanisms come into play when he is assigned to protect Taylor Drake and then begins falling for her?

Adam wants Wil’s job and is running against him in the election, so he’s motivated to do the best job he can, regardless of his personal feelings. He’s self-disciplined and professional.

You have written stand-alone and series novels. How does your creative process differ when writing each of these?

As a reader, I’m annoyed by series novels that require me to read all the previous titles. I strive to write my connecting stories as stand-alone books. It’s my intention to make Rebuild My World a satisfying read independent of its prequels. Although my previous publisher tagged the first two books as the Mustang Sally series, Sally (the heroine from Restore My Heart) doesn’t even make an appearance in Rebuild My World.

As for the creative process, it’s about world-building. I’ve invented these families and this community that I enjoy revisiting and getting to know better. My hope is readers feel the same and keep reading!

Congratulations! Your blog, The Grammar Cop , has been voted one of the top blogs for writers. What are the most common grammar mistakes you see now that written communication has become so casual with e-mails, texts and tweets?

Two common spelling mistakes: Homophones and misuse of apostrophes. There is a list of troublesome homophones on my blog that includes they’re – their – there and you’re – your.

I scream whenever I see the possessive pronoun of it spelled it’s. Grrr. In this age of shortcuts and abbreviations, it baffles me that people add an extra character (the apostrophe) when it isn’t needed. 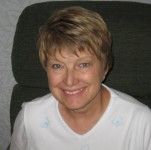 Cheryl Norman earned a BA in English at Georgia State University. After a career in the telecommunications industry and modest success in nonfiction writing, she turned to fiction writing and won the 2003 EPPIE award for her contemporary romance, Last Resort. Her debut with Medallion Press, Restore My Heart, led to a mention in Publisher’s Weekly as one of ten new romance authors to watch. Visit Cheryl’s website.

The Medusa Amulet by Robert Masello