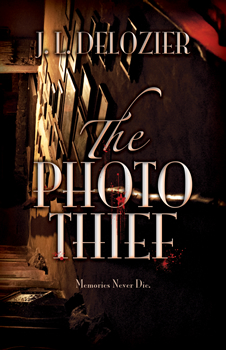 Beware! If you’ve never read one of J.L. Delozier’s mysteries, she will take you to the precipice where reality meets insanity. As with her literary heroes—Stephen King, Shirley Jackson, Edgar Allan Poe, and Neil Gaiman—she’ll have you teetering on that dark edge, and when the tale and the time are right, let you slip into the abyss below. In her latest book, THE PHOTO THIEF, Delozier pushes the bounds of medical science to consider whether profound grief and mental trauma can push people—for real or imagined—to see and communicate with the dearly—and not so dearly—departed.

The titular photo thief in Delozier’s tale is Leland Dolan, a shell-shocked WWII war hero whose life’s work takes him from lowly photographer for a Philadelphia newspaper to becoming the city’s self-made media mogul. But something is really off-kilter with the man, something dark reflected in his bizarre collection of vintage photographs, images of cold-case murder victims Leland has left hanging for decades in a dusty third-floor room in the mansion he shares with his socialite granddaughter, her husband, and their daughter, Cassie.

The story opens as Philadelphia PD Detective Dan Brennan, still grieving the loss of his young daughter from cancer, is assigned to investigate the death of Cassie’s mother. The woman’s fall down the main staircase, a presumed alcohol-related accident, is an open-and-shut case until Cassie alleges her mother was murdered. Her evidence? The dead. The ghosts from Leland’s macabre gallery of murder. Spirits who manifest themselves to Cassie, who speak with her, who tell her things—awful, unspeakable things. 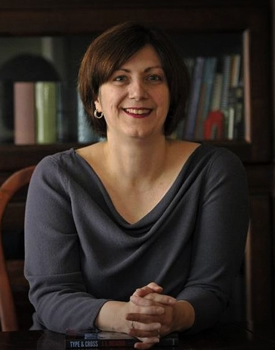 Compelled by the reclusive teen’s pleas, Brennan’s investigation uncovers a host of unnerving secrets, including a disturbing link connecting four of the photographs to the rest. Cassie, with her ability to speak to these spirits, seems to hold the key to solving not just her mother’s murder, but that of the victims enshrined on the wall. But does she? To close the case on Cassie’s mother, Brennan must consider whether the young woman’s purported gift is really a curse—a very real, very physical side effect of her epilepsy, a brain disorder that can leave those afflicted seeing and hearing things that aren’t there. When Brennan’s investigation into the powerful and wealthy family’s long, sordid history threatens to bury him, he realizes he must make a choice—disregard Cassie’s assertions as hallucinations and label the death an accident, saving his career, or take a risk and believe everything Cassie says for the chance to hear his dead daughter’s voice again.

THE PHOTO THIEF is Delozier’s fifth novel. Her story ideas are enjoyably unique, taking root and blossoming through her innate curiosity and work as a physician and medical school professor.

“Reports of bizarre medical anomalies, news of genetic discoveries, anything really—scientific or not—that sounds too weird to be true, that’s what catches my attention and sends me to my writing desk asking, ‘What if?’”

Indeed, Delozier was inspired to write THE PHOTO THIEF while listening to an NPR radio show detailing the incredible, even criminal, practices big-city newspaper bosses employed to sell papers in the 1930s.

“These tabloids hired young boys to break into homes—scenes of grisly murders—and steal photos from the walls, shelves, or piano tops to print alongside the sensationalized stories,” she says. “I was working with veterans at the time, including men still suffering PTSD from fighting overseas in WWII. I was intrigued, wondering what if a man suffered repeated mental trauma—stealing photos of murder victims, fighting a bloody, protracted war so far from home—what would such stresses do to a man? How would it affect his life going forward, and those of his family?”

The concept of generational trauma comes into play with Leland’s family, the idea that horrors experienced by one generation can be passed down to children and grandchildren. Such trauma can be widespread, such as the effect of the Holocaust on Jewish people, or poverty in communities perennially challenged economically. It can also be observed at the individual family level—for example, in a family whose generations pass along their propensity for alcoholism or physical abuse.

“In the case of THE PHOTO THIEF, I wondered what it would be like growing up in this house with Leland as the head of the family, passing on his trauma to his family through his dark side, his morbid photos,” Delozier says. “More importantly, I wondered how that trauma would manifest itself in his kin. That’s when it came to me, an idea that offered me a chance to push readers to that brink of reality versus insanity. What if Cassie claimed to know the stories of those dead people because she could talk with them?” 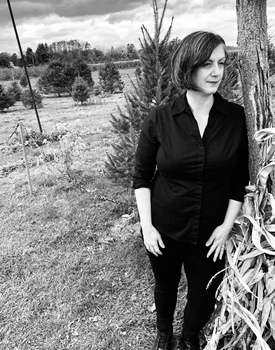 Does Delozier believe in ghosts and the paranormal? “As a medical doctor, the left-brain scientist in me says ‘no,’ we are no different than other animals. We die and that’s the end of us,” she says. “But then there is the right-brain, creative part of me that asks, ‘What about that human energy, that soul that seems to be more than the sum-total of a person’s biology and chemistry? Where does it go?’ I’m open to the idea that there are just some things that are unexplainable, so I try to not be so rigid in my mindset as to think a spiritual life beyond our physical one not possible.”

Even so, she doesn’t take sides in the debate, allowing readers to decide whether THE PHOTO THIEF is a ghost story or not.

“I tried very hard to leave this up to the reader,” she says. “Firm believers in a spiritual life beyond death will see THE PHOTO THIEF as a paranormal tale. Readers who don’t put stock in that kind of mysticism will balk, see Cassie’s seizure disorder at play, see me as yanking their chain. Those open to the idea of an afterlife might go either way.”

And there it is. The precipice in this well-crafted story that will keep readers hanging on to every word of THE PHOTO THIEF—even at the risk of falling off the edge.