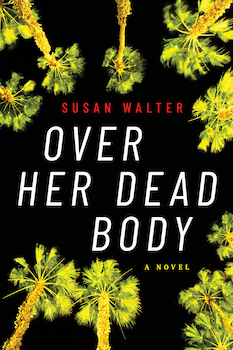 Ashley Brooks’s life isn’t working out as planned. After years of struggling to make it in Hollywood, she’s still waiting for her big break. When fate leads her to the doorstep of legendary casting director Louisa Lake George, Ashley thinks her luck is about to change: The prickly old pro knows about a role she’s perfect for. The aspiring actress never gets to thank her, though, because the day after the audition, Louisa is dead. The bigger shock―she left all her money to Ashley.

Louisa’s grown children arrive stunned and ready to fight. Her nephew tries to play peacemaker, while Ashley grapples with why Louisa would leave her fortune to a stranger―and whether she should keep it. But Ashley quickly discovers that everyone, including the dead woman, is hiding something, and it’s a race to get to the truth before someone else winds up dead.

“OVER HER DEAD BODY is a psychological thrill ride that takes us into the world of Hollywood and the heart of a family with deeply hidden secrets. Susan Walter is a master storyteller with an insider’s view of the film business, and her novel glints with danger and brilliant insight into the hopes and dreams of an aspiring actress. I read it in one sitting, guessing the whole way through, stunned by the conclusion.” ―Luann Rice, New York Times best-selling author of The Shadow Box and Last Day

“Where there’s a hefty will, there’s a way. With its eccentric ensemble cast and all the family drama of Knives Out, OVER HER DEAD BODY is darkly funny and highly entertaining with more twists than a bus tour through the Hollywood Hills. Fans of Janet Evanovich and Elle Cosimano will be delighted.” ―Tessa Wegert, author of Death in the Family

“OVER HER DEAD BODY is a whodunnit with more twists and turns than a boardwalk roller coaster, where secrets abound, and nothing is what it seems. If you’re looking for a book that will keep you turning pages deep into the night, Susan Walter has absolutely written one.” ―Barbara Davis, bestselling author of The Keeper of Happy Endings

Susan Walter recently spent some time with The Big Thrill discussing her latest thriller, OVER HER DEAD BODY.

Which took shape first: plot, character, or setting?
This book started with the setting: a spooky old house in a fancy-schmancy suburb of Hollywood. I used to walk by it on my nightly dog walk, and I describe it exactly as is in the book. As a mystery writer must, I often mused about who might live down that dark, gravel drive … and what I would do if my dog disappeared down it! 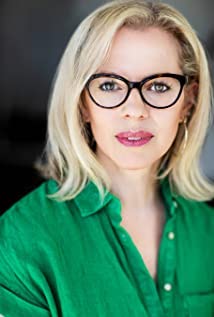 What attracts you to this book’s genre?
I love mysteries infused with humor. Big, Little, Lies is the book I wish I’d written – suspenseful and sassy without too much gore. I love books from multiple perspectives (The Guest List and The Last Mrs. Parrish are personal favorites) because they keep you guessing right ’til the end! So I try to combine these two sub-genres to give readers narrators who are sometimes funny, fiercely opinionated, often misunderstood, and always unreliable.

What was the biggest challenge this book presented? What about the biggest opportunity?
I sold this book on the heels of Good as Dead in a surprise two-book deal. “They want another one from you!” my agent told me on a Friday with the proposal due on Monday. So I whipped something up, got the go-ahead to write it, then (77,000 words in) discovered IT DIDN’T WORK AT ALL. The biggest challenge was accepting that I had to write a whole new book and finishing it before the deadline. (This is when I officially declared myself a pantser, because I felt my way from the opening chapters all the way until the end.)

Was there anything new you discovered or that surprised you as you wrote this book?
I have to be in the moment. If I try to write to an outline, my writing is flat and feels forced. All of my decisions come from character: “What would she do here?” not “How do I get there?” It is a terribly irresponsible process, and I do not recommend it (unless you like sleepless nights). But if I’m going to surprise you, I need to surprise me first!

No spoilers, but what can you tell us about your book that we won’t find in the jacket copy or the PR material?
There is a love triangle at the center of this book. Ashley, the struggling actress in search of the role that will jump start her career, has two suitors: the man who has loved her since childhood and the dashing nephew of the legendary casting director who “discovers” her. It’s a little Bridget Jones … with a dead body.

What authors or books have influenced your career as a writer, and why?
Leanne Moriarty, for how she makes me laugh. Stephen King, for how he makes me hang on every word. Laura Dave, for her meticulous plotting. I also read a lot of nonfiction because truth really is stranger than fiction. Also I love to learn new things, give me Michael Lewis any day of the week!

The winner of the (not terribly) prestigious WIFTS screenwriting award for All I Wish, the film she wrote and directed starring Sharon Stone (currently streaming on Netflix), Susan Walter is excited to add “mystery-thriller writer” to an eclectic resume that includes “failed concert violinist,” “unwatchable TV news reporter,” and “dazed mother to two teenage girls.” Groomed to be alone in a room for hours on end by a childhood spent practicing violin, writing a book came naturally to Susan, and her husband is hopeful she will finally have a reason to use her computer for something more productive than watching Red Sox baseball. A native of Boston, she suppresses her irresistible accent to avoid stink eye from sports fans across Los Angeles, where she now resides. She has an AB in government from Harvard, which she thus far fails to put to good use, and enjoys skiing, lazy bike rides, and wicked strong coffee. Susan’s debut novel, Good as Dead, was a First Reads editors’ pick, and hit number one on Audible across all categories.