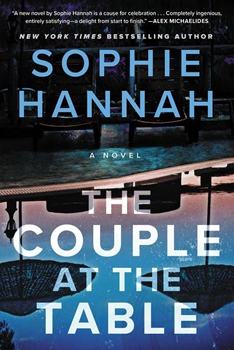 This is the first warning note left for newlywed Jane Brinkwood right after her marriage to William Gleave. There are only a handful of people staying at the resort; soon, one will be dead, and another will be a murderer. In this “locked resort” mystery, THE COUPLE AT THE TABLE, bestselling author Sophie Hannah weaves a tantalizing story of love, jealousy, and betrayal.

The second note warns Jane to “beware of the couple at the table nearest to yours.” But all the tables on the patio are the same distance apart? It seems like a nasty prank—until someone goes too far.

The Gleave newlyweds are honeymooning at the posh Tevendon Estate owned by Jane’s father. But William’s ex-wife, Lucy, is also there vacationing. Jane suspects Lucy of writing the threatening notes and throws a tantrum in front of the resort’s guests, all dining on the patio. As the guests discuss Jane’s absurd behavior and dramatic exit, they don’t realize there’s a killer among them.

Detective Constable Simon Waterhouse and his police sergeant wife, Charlie Zailer, are taking a much-needed vacation at Tevendon. When someone commits murder, Simon and Charlie are firsthand witnesses to the odd dynamics between the resort guests. The murder has pulled them into the investigation. Who had the motive and who had the opportunity? They vow to find out.

Here, Hannah chats with The Big Thrill about her inspiration, the dangers of entitlement, and the ethics of accusation.

Where did the inspiration for the story come from? 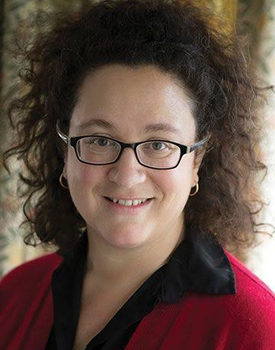 It was massively inspired by Agatha Christie’s Death on the Nile, which I re-read before the new movie version came out. I realized it’s one of Agatha’s very best novels, with one of her most brilliant characters: Jacqueline de Bellefort, the jilted ex-lover, consumed by envy. I wanted to write a contemporary thriller based around a poisonous love-triangle like the one between Death on the Nile’s Jacqueline, Linnet, and Simon. Like Jacqueline, my protagonist, Lucy, pitches up on the honeymoon of her ex-husband and the woman he betrayed her with (though Lucy insists it’s a coincidence!).

The closed-circle setting of the couples-only resort, the locked room nature of the murder, the clue-strewn mystery … all of these elements of THE COUPLE AT THE TABLE are very golden age, but the tone and style are absolutely contemporary.

How can a person’s desire to protect their safe space lead them to commit crimes, even murder?

Safe space means all kinds of things these days, doesn’t it? It can be a controversial term because people disagree about what it is that makes a space “safe.” But thinking about safe spaces in the most literal sense, I find it totally believable that a person might go to extreme lengths to protect theirs because a threat toward a safe space can feel almost existential.

I believe the motives for many murders could be said to boil down to: “I want to carry on feeling safe”—in fact, I’ve just written another book in which this is very much the case—and the preservation of a safe space, whether that’s a relationship, a family, a home, a workplace, or a village, can feel inextricably bound up with that imperative.

How do privilege and entitlement lead people to believe they’re exempt from acts of violence, even when the facts indicate otherwise?

I think the sense of exemption stems from a lack of consequences. It’s understandable that people feel protected when experience teaches us that in the vast majority of cases, terrible interpersonal behavior seems to go unpunished.

Most of us don’t even go as far as verbally calling others out for their appalling behavior, let alone take any drastic action, so there’s no deterrent, no reason to imagine that there will be comeback for harms caused. Most people will sweep things under the carpet rather than plot a murderous revenge—which is obviously a relief! But it can be quite a shock for people when a bad deed incurs a negative consequence of an equal or more severe kind. It’s not something we’re used to.

Why did you decide to have Simon and Charlie as Tevendon guests instead of just bringing them in as law enforcement officers?

To have Charlie and Simon as guests was crucial in terms of them being able to observe the other characters before any crime was committed, just the way we watch and form opinions about the people around the pool when we’re on holiday. Charlie and Simon being at the resort allowed them to have extra insight which they couldn’t have had if they’d just turned up as investigators after the fact. And of course, Poirot is present as a fellow holiday-maker before he has to turn detective in Death on the Nile!

There is also a specific and personal reason for Simon and Charlie’s presence at Tevendon, one of which Simon is unaware at first, adding further intrigue. The idea of Simon Waterhouse reluctantly on holiday was also irresistible to me; there are some people who are incapable of relaxing and enjoying a holiday, and he’s one of them! 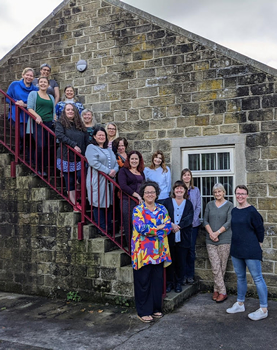 At a Dream Author Coaching retreat in Yorkshire

One of the themes of the book centers around the ethics of accusation. I’m interested in the psychology that causes certain people to make unfounded accusations, as well as the emotional damage that can be done to the unjustly accused.

The protagonist, Lucy, is accused by her ex-husband, William, of murdering his new wife, Jane; the fact that William is wrong (Lucy is innocent) is perhaps less terrible than the fact that, though he has absolutely no evidence to support his accusation, he approaches his theory as if it’s a tangible fact despite it having been plucked from thin air.

I suppose one of the messages of the book is: Beware of people who treat their baseless beliefs as if they are facts, not necessarily because they’ll accuse you of something you haven’t done (though they might!) but because it’s a trait that could well indicate a dangerous narcissist who’s best avoided.

Have you been involved in any more self-help strategies lately?

Self-help is very much one of my day jobs! My online coaching program for writers, Dream Author, teaches loads of strategies to help members achieve productive, energized, positive, and happy writing lives. One of its concepts (and, as with much of Dream Author, this is one that can work brilliantly for anybody, not just writers), “Thought Auditions” is a strategy I invented to ensure we don’t automatically assume ownership of any old thought that happens to pass through our heads; the idea is to treat each thought that appears as if you’re the Casting Director of a Thought Show, and each thought is just a hopeful candidate that has shown up for an audition.

You let the thought have its turn and do its stuff, and then you ask yourself: How will the thought make you feel if you cast it? What actions will it lead you to take? What results might that thought create for you? If the answers to these questions show the thought is not working in your best interests, you just send it on its way—it’s failed the audition! So many thoughts lead to self-sabotage, and realizing we can just choose not to hold on to them is incredibly powerful.

As well as Dream Author, I’m also continuing my work around grudges in Season 8 of my podcast How to Hold a Grudge, which is based on my self-help book of the same name and comes from my idea that grudges, when held in the right way, can be personally beneficial and a force for good in the world!

Could you give us a hint about your next book?

My next published novel, which I’ve just finished writing, will be Book 5 in my Agatha Christie’s Poirot series. It’s going to be published in time for Christmas 2023 and is a Christmas-set mystery! I’m not able to share the title at the moment because that’s still embargoed, but I’m so pleased with the book. It has an unguessable solution, which I love!