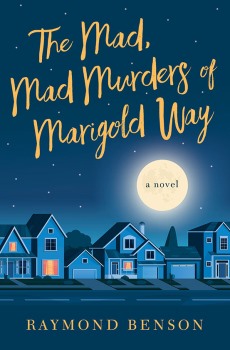 A wry and darkly comedic work in which a quaint suburb of Chicago finds itself rocked by more than just the uncertainties of 2020. For Scott Hatcher, a former television writer turned struggling novelist with a failing marriage to boot, social distancing and mask-wearing feel like fitting additions to his already surreal life. When his wife Marie and neighbor John Bergman disappear in the middle of the raging COVID-19 pandemic, Scott is naturally mystified and disturbed, but he is also about to learn that his picturesque neighborhood hides more than just the mundane routines of suburban life. When a fire claims the empty house for sale next door, the entire community is shocked when the charred remains of Marie and John are found inside. As the neighborhood reels from the loss, Scott and Bergman’s earthy and enticing widow, Rachel, not only find themselves under investigation for the crime, but also inexorably drawn to one another. As tensions reach a fever pitch, the tale—which is at once familiar and ordinary, yet bizarre and eerie—shows that, just like life in 2020’s uncertain times, dread and danger lurk below the hidden underside of everyday suburbia. Fans of Thornton Wilder’s classic Our Town and films by the sardonic Coen Brothers will be captivated by the warped Americana of THE MAD, MAD MURDERS OF MARIGOLD WAY.

The novel was inspired by the Americana of Thornton Wilder, the darkly comic crime films of the Coen Brothers, the twisted prose of Tom Perrotta, and my own fever dream imagination that brewed during the early months of the pandemic in 2020 (when the book was written), prior to vaccines and when the world was paranoid and uncertain about the coming months. I hope that the reader will recognize familiar territory of the bizarre and surreal environment we all experienced, especially in the so-called “safe” American suburbs. 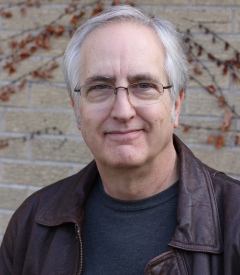 Like my 2017 novel The Secrets on Chicory Lane, I set out to write a domestic suspense novel that takes place is suburbia, but with the added paranoia of the pandemic at large in the background. I’m a huge fan of the Coen Brothers, and I suppose THE MAD, MAD MURDERS OF MARIGOLD WAY is somewhat an homage to their darkly comic sensibilities.

With my use of an Our Town-like omniscient narrator who becomes the reader’s “friend,” perhaps the book will find a niche in an imaginary genre called “Americana Suspense.”

I suppose more and more fiction will be coming out now that takes place during the pandemic, but when I wrote the book in summer of 2020, no one was thinking about it. In fact, when my agent began to submit the book to publishers, most of them rejected it without even reading the book, saying, “Our readers want to escape the pandemic.” This surprised us, seeing that 2020-2022 are now a part of history, and I can’t see how any creator of art can ignore what we’ve been going through, or, worse, pretend it didn’t exist.

It would be easy to cite Ian Fleming as an influence for my earlier thrillers (James Bond, of course), but my stand-alone original novels have different influences—the late Ruth Rendell is a big one with her canny take on psychological suspense. I’ve already mentioned that Tom Perrotta (Little Children) is an influence for this book, as are the crime films of the Coen Brothers (Fargo, Blood Simple).

Q: Why did you write a book that takes place during the pandemic?

A: I did so because I don’t think we, as artists, can ignore it or pretend it didn’t exist. It’s a part of our history now. Mind you, the book is not ABOUT the pandemic. The pandemic is just the backdrop of the story, providing an element of fear and paranoia that permeates the characters’ lives and actions, things that would be different had there NOT been a pandemic!

RAYMOND BENSON is the author of over 40 published books. He is most well-known as being the third—and first American—author of continuation James Bond novels (1996-2002) and for his best-selling and acclaimed five-book serial, The Black Stiletto, currently in development as a feature film or television series. His most recent works are The Secrets on Chicory Lane, In the Hush of the Night, and Blues in the Dark.