In the video below, narrator Eunice Wong talks about Jane Pek’s THE VERIFIERS—a detective story, rom-com, and funny but piquant family drama all at once—and its scrappy, whip-smart heroine, Claudia Lin.

“When I was in 5th grade, my favorite book was Harriet the Spy. Claudia is like if Harriet was Chinese American, a lesbian, and grew up in a working-class, single-parent, very complicated immigrant family in Queens.”—Narrator Eunice Wong 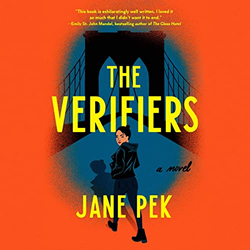 Eunice Wong performs this rightly praised debut with appropriate intensity and delicate humor; she is perfectly matched to the dry wit of Pek’s writing and her utterly charming heroine, Claudia Lin. Unbeknownst to her interfering family, Claudia has quit her boring finance gig and taken a position with a start-up investigating bad behavior in the online matchmaking industry. Soon a slightly mysterious client disappears. Claudia, guided by her close reading of a mystery series featuring a Ming dynasty inspector named Yuan, feels sure the woman was murdered and that she can and should prove it, although no one, including her boss and the client’s sister, wants her to. This audiobook is a find and a delight.

Discover five excellent new mystery audiobooks that make for totally engaging listening experiences. Get drawn into Paul Tremblay’s creepy thriller and enjoy a full-cast production of Linwood Barclay’s missing-woman mystery. Or travel back in time and jump into the start of a new series set in 1920s Bangalore. Read on for your next mysterious listen. 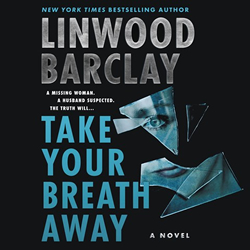 TAKE YOUR BREATH AWAY

Linwood Barclay’s suspenseful story of a missing woman who resurfaces after six years is brought to life by Joe Knezevich and a full cast. While each character has a unique voice, all share notes of confusion and anguish. Is Andrew Mason a murderer—or a grieving husband? Appropriately, Knezevich gives few hints about what’s going on in Mason’s mind. Where did his wife go? More importantly, who is the woman now claiming to be the victim? The actors project outrage, guilt, and innocence, keeping listeners anticipating subtle clues to the mystery’s solution. 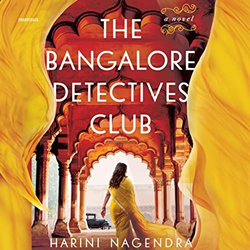 With an engaging South Indian accent and lively characterizations, Golden Voice narrator Soneela Nankani paints a vibrant listening experience in this first title in a planned historical mystery series by a Bangalore professor. Set in 1920s colonial Bangalore, the story centers on new bride Kaveri and her husband, who attend an Anglo-Indian banquet where a murder occurs. When a defenseless woman is implicated, Kaveri launches an investigation. Nankani rises to the challenge of portraying many British and Indian characters from all walks of life. 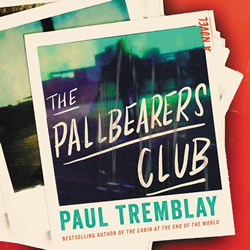 This psychological thriller gives its narrators the perfect opportunity to exercise their considerable dramatic skills. Graham Halstead portrays high school loner Art Barbara, founder of the Pallbearers Club, in the voice of a 17-year-old. Xe Sands portrays Art’s sultry new friend, Mercy, who has a penchant for taking pictures of the dead in their caskets. These moments foreshadow vampirism to come. Sands also functions as a single-woman Greek chorus as Halstead pieces together this horror story. As Art’s long-suffering mother, Elizabeth Wiley blends perfectly into the production. Together, the three narrators create a crescendo of horror, humor, and decadence. 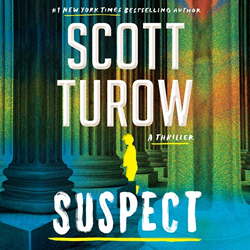 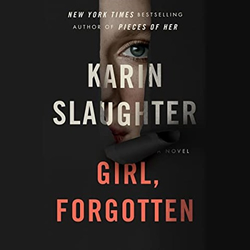 In this second book in Slaughter’s Andrea Oliver series, narrator Kathleen Early steps up to the challenge of voicing teens and then switching to an imperious female judge and a feisty female US Marshal. The plot moves back and forth from the troubled life of teenager Emily Vaughn in the 1980s to Oliver’s first assignment as a US Marshal in the present day. Early’s talent for evoking characters’ ages, genders, cultural backgrounds, and personalities shines through and will keep listeners glued to their earbuds. The secrets long held in the small town of Longbill Beach intertwine with Oliver’s troubled family background, providing insights into teenage pregnancy, domestic abuse, and the psychological impact of cults.