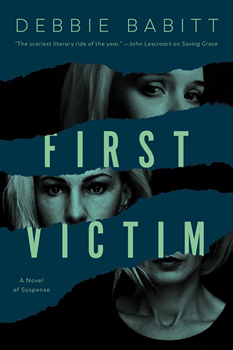 In college, Babitt double majored in English and theatre. Though she continued to write, she focused more exclusively on performing. Babitt pursued acting professionally after graduation but quickly found herself rewriting lines and adding multiple pages of biography and back story for her characters. Following this, she dabbled in playwriting and wrote theatre reviews for the New York Law Journal and then worked as copy director for two major Manhattan publishing houses. The copy director role really allowed her to hone her craft by becoming more precise and packing as much information as needed into as few sentences as possible. It also taught her the power of active versus passive verbs.

“I got sidetracked for a bit with the dazzle of performing,” Babitt says. “Writing full-time as a copy director for two major Manhattan publishing houses got me thinking about writing novels again.”

The talented Babitt is also daughter of a federal judge and curates her extensive courtroom knowledge to bring us a thrilling trial about a man who is charged with murdering a pregnant woman. In FIRST VICTIM, Alice D. McKerrity presides over this case from her bench at Manhattan Supreme. What makes this trial more intense than others she has worked is the secret she’s hiding, which holds the power to impact both her professional and personal life. Nightmares, phantom sightings, and a major discovery send her on a wild ride to question everything she knows about herself. Told from the perspective of three women, FIRST VICTIM is written with exquisite characters and spellbinding pace.

When asked about the most challenging part of writing, Babitt states that it’s getting your next book written on a deadline. “The first book can take years—you have no agent, no publisher, no pub date. After your first book comes out, you are expected to deliver a book a year. That is the ideal, of course. My editor prefers a good book to a fast book. Still, you feel the pressure of deadlines.” 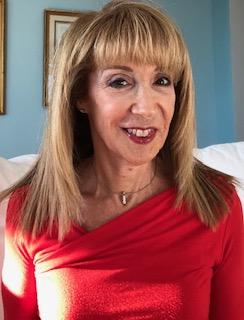 Babitt’s excellent stories are often born from the conversations she has with herself on a recorder. When a character speaks to her, she records thoughts. When she’s transcribing her audio onto the written page, other ideas spring forth. Therefore, she spends her time writing hundreds (and maybe thousands) of pages before she feels the book come to life.

“This dates back to my acting days. As the great Russian director Constantin Stanislavski said, ‘character is action,’” Babitt says. “A character starts talking to me, and little by little, she/he reveals their world to me. With my new thriller, FIRST VICTIM, the voice was that of the Honorable Alice D. McKerrity, a Manhattan Supreme Court judge. I knew she had a husband, an adult daughter, and a deep, dark secret in her past that haunts her, especially when the murder trial she is presiding begins causing her life to unravel.”

That’s her formula for fitting all the pieces to work together to add up to a cohesive, coherent, thrilling whole, and it seems to be working for her. Common themes in Babbit’s books include justice, revenge, abuse, parents and children, and the overwhelming weight of carrying guilty secrets. Readers rave about her jaw-dropping novels on Goodreads, but Babitt says she doesn’t allow reviews to shape her writing—that’s the job of her characters.

“As an actress, I was warned to never read reviews (for fear what we read would affect our performance). However, like most of us, I couldn’t resist,” she says. “Same with Goodreads. But I don’t let what I read shape what I’m writing. I’m too busy listening to my characters and helping them chart their narrative course.”

Though reviewers received advanced copies of the author’s work, it’s Babitt’s husband who is lucky enough to be the first reader. Also a former actor as well as a Manhattan defense attorney, she says he has a wonderful sense of timing and drama. Not only does he offer creative guidance, he’s also an incredible marketer. And he vets the legal stuff, especially with FIRST VICTIM as there are several courtroom scenes. Babitt says she trusts his judgment completely.

Are there any new things Babitt would like to try as a writer? Perhaps one day Babitt will travel to foreign places to pen a historical mystery. She says she loves the idea of spending nights at a villa or hotel to capture all the magic she admires in old musicals, movies, and the ancient world in general.

Debbie Babitt was copy director for two Manhattan publishing companies. Previous creative incarnations include actress, playwright, and drama critic. Her feature articles have appeared in CrimeReads, Suspense magazine, and Mystery & Suspense Magazine. Debbie is a member of International Thriller Writers and Sisters in Crime. She is the author of Saving Grace, her debut novel that was named One of the Most Anticipated Thrillers of 2021. FIRST VICTIM is Debbie’s second novel.

You can visit Debbie’s website or connect with her on social media. She and her husband live in New York and Florida, where she is writing her next work of psychological suspense.