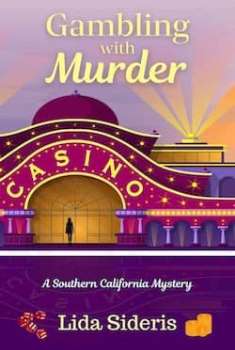 Rookie lawyer Corrie Locke goes undercover to find a senior who’s missing from a posh retirement community. With a little help from her friends and a secret weapon named Mom, Corrie is armed and ready. Turns out the job’s not as easy as she’d thought. Seniors have tricks up their sleeves and aren’t afraid of using them. The action gets dicey as the missing person case turns into attempted murder by a criminal mind who’s always one step ahead. Corrie’s hot on the trail but finds more than she bargained for when her mother becomes a target.

Setting: There’s a five-star resort in Santa Barbara, CA in a premier location that’s been abandoned for nearly two years. Lots of lush greenery, twisty pathways, and hideaway places tucked here and there make it a perfect venue for underhanded activities. It’s also a perfect spot to plant a fictional high-end retirement community for wealthy seniors with too much time on their hands and a tendency to get into trouble. My heroine jumped at the chance to investigate a crime in this slice of CA paradise. 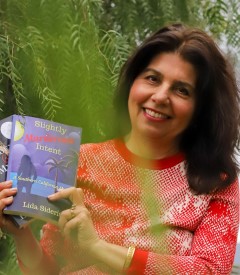 Challenge: There’s a major deception going on that made me uncomfortable, especially when it involved sidekicks known for their integrity. If the deception is discovered, the consequences are serious.

Opportunity: A chance for my heroine to do the right thing (a major challenge for her as she’s a perpetual rule-breaker and risk-taker). It’s important to me, as the author, that my heroine progress in each book…thankfully, she rose to the challenge.

The last two years were spent taking care of older parents, which gave me the chance to learn that, though their bodies slowed down, their capabilities for getting into mischief didn’t. At times, they behaved like juvenile delinquents, craving action and excitement. They delighted in bending rules and taking off for parts unknown. Hence, they became the inspiration for GAMBLING WITH MURDER.

Q: What’s a unique talent of your main character?

A: Heroine Corrie, a newbie lawyer and daughter of a well-known private investigator, has her own cache of weapons…legal and illegal. Her favorite is a shuriken, a Japanese throwing star, a weapon of distraction, not destruction. She keeps a dartboard in her living room just for shuriken practice—she’s got sharp throwing skills, pun intended. I liked the fact that shuriken, once used by ninjas, are used in my books by a modern female who’s adept at throwing. It’s an unexpected choice of weapon for an unpredictable criminal catcher.

Lida Sideris’ first stint after law school was a newbie lawyer’s dream: working as an entertainment attorney for a movie studio…kind of like her heroine, Corrie Locke, except without the homicides. Lida was one of two national winners of the Helen McCloy Mystery Writers of America Scholarship for her first book and a Killer Nashville, Silver Falchion Award Finalist for her fourth book—Slightly Murderous Intent. Lida lives in the northern tip of Southern California with her family, rescue dogs, and a flock of uppity chickens.