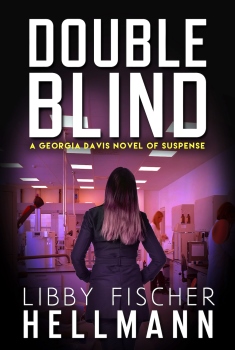 With little work during the pandemic, Chicago PI Georgia Davis agrees to help the best friend of fellow sleuth, Ellie Foreman. Susan Siler’s aunt died suddenly after her COVID booster, and Susan’s distraught mother wants the death investigated. However, Georgia’s investigation is interrupted by a family trip to Nauvoo, Illinois, the one-time Mormon heartland. It’s there that her life unexpectedly intersects with the runaway spouse of a Mormon fundamentalist. Back in Evanston, after Georgia is almost killed by a hit and run driver, she discovers that she and the escaped woman look remarkably alike. Is someone trying to kill Georgia because of her death investigation? Or is it a case of mistaken identity? And how can Georgia find her doppelganger before whoever wants them both dead tries again?

Character. It was time to expand the Georgia Davis series. This is the 6th installment. I wanted to show how Georgia reacts and changes as events in the story bombard her. 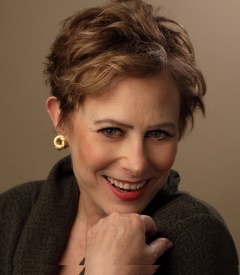 The exquisite pain of reading great suspense all night just to see how it all turns out. Though I am an author, I started out as a reader, and I still love reading suspense.

I wrote two stories in DOUBLEBLIND, but they were not related. I needed to find a link between them that was credible and authentic. That link turned out to be Georgia herself.

Libby Fischer Hellmann left a career in broadcast news in Washington, DC and moved to Chicago a long time ago, where she, naturally, began to write gritty crime fiction. She soon began writing historical fiction as well. Sixteen novels and twenty-five short stories later, she claims they’ll take her out of the Windy City feet first. She has been nominated for many awards in the mystery and crime writing community and has even won a few. She has been a finalist twice for the Anthony and four times for Foreword Magazine’s Book of the Year. She has also been nominated for the Agatha, the Shamus, the Daphne, and won the Chicago Writers Association Book of the Year in 2021. In the past she has won the IPPY, Foreword Magazine’s Indie Awards, and the Readers’ Choice Award multiple times.