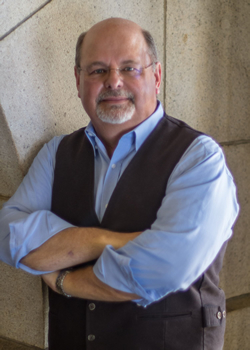 John Gilstrap burst onto the writing scene in 1996 with his debut thriller, Nathan’s Run. And truth be told, he hasn’t let up pace since.

The Big Thrill had the privilege of tossing 20 questions at Gilstrap as the first in a new column: The Big Thrill’s Behavioral Analysis Unit. Of course, Gilstrap knocked each one out of the park.

I’m not sure that “perfect happiness” exists. We all have those thrilling moments—the birth of a child, the big success at work, or even a quiet walk in the woods with your best friend—but those are counterbalanced by the other stresses of life. Perhaps a parent is ill, or a sibling just lost his job. I think the real definition of happiness is finding the handle to balance the good and the bad, always trusting that even in the worst times, better times are coming.

This year marks my 65th trip around the sun. While I have no fear of getting older, I do fear growing old. While I’m healthy now (and I literally knocked wood after writing that), I fear the chronic pain and cognitive deficiencies that may lie in my future. 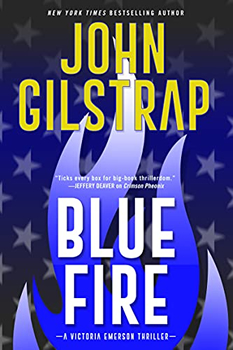 I overthink and analyze everything. Having spent many years as a safety engineer, cause-and-effect analysis is baked into my DNA. I don’t enter a place without noting where the exits are. When I drive, I’m always driving—I’m not taking in the beauty of the world. I can’t turn it off, and it can be exhausting.

Dishonesty. Lie to me once on a substantive matter and we’re done. Betray a confidence and we’re done. Trust is fragile. Once broken, I don’t know that it can be repaired.

I think it would be very cool to be able to fly, a la Superman, but without having to combat anyone. A couple times a year, I have the I-can-fly dream, and it’s always exhilarating.

I can sit in one place for long periods of time and just watch. Whether it’s waves crashing onto the beach, or a breeze blowing through the forest, or people in a shopping mall, I find great contentment in sitting quietly and paying attention.

Writing is what I do for a living, it is not who I am. Up until 2016, writing was my second job, my first being in a high-profile position as a safety professional that kept me on the road for over 100 nights per year. I was a firefighter for 15 years. I think I have the skill set to be a very good lawyer, but I don’t think that would make me happy. There’s a karmic cost to always trying to crush the other side. If I wasn’t a writer, I guess I’d still be a safety engineer. 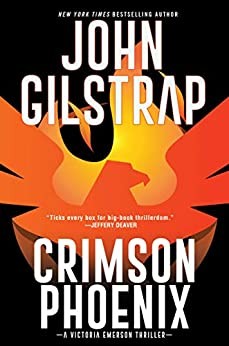 Oh, Lord. There’ve been so many. Choosing one from the top five, it was the day I accidentally detonated 1,500 pounds of high explosives. I was head of the Safety Department at an explosives manufacturing plant at the time, and among my jobs was the destruction of unusable energetics (things that go boom). At the time, the only legal way to destroy the stuff was to burn it.

We used three burn pits: one for live explosives, one for oxidizers, and one for scary stuff that came from the R&D department. Normally, live explosives burn without incident, oxidizers barely burn at all, and the scary stuff was, well, scary. Unpredictable. The reason why oxidizers barely burned was because there was never any fuel in that pit for them to oxidize. (Oxygen, whether as a gas or as a chemical, doesn’t burn, but it makes other things burn very quickly.)

I set the initiator charges, walked back to the firing station, sounded the alarm, and pushed the button. Within two seconds, I knew something was wrong. The oxidizer pit was way too energetic. The heat created a thermal draft that sucked the powder up into the air, where it created the perfect mixture to go high order. I saw a flash, and I saw the pressure wave laying the grass down as it raced toward me, and then I got knocked flat on my back. I broke windows over a mile away.

One of my other jobs was to put out all the fires.

I learned a valuable management lesson that day. When the fires were out, it was time to begin the investigation into what happened. As I was addressing the heads of all the departments, I led with how I couldn’t have known about the aluminium powder, and Paul Lumbye, the VP of Everything That Mattered (and one of my most revered mentors) stopped me and said, “Isn’t it your job to make sure that what happened didn’t happen?” I replied with a yes-but, and he stopped me again. “You screwed up, John. Accept it. There’s no shame in it. Now, let’s get on with figuring out how to keep it from happening again.”

Paul’s not with us anymore. The last time I saw him, though, was when he showed up at a book signing. He said, “I want you to know how proud I am of you.” That was a special day.

My son. And I share that credit with my wife. 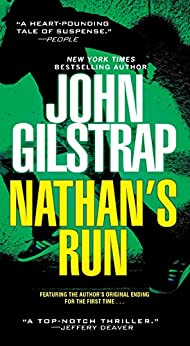 Well, home, of course, but I don’t think that’s what you mean. As a visitor, I have travelled all over. I’ve spent at least two days in all 50 states, and I’ve seen most of Europe, and a good chunk of Canada. That’s a lot of beauty. For natural beauty, Bryce Canyon, Utah and Lake Louise in Alberta are right up there, as are the Amalfi Coast and Italian vineyards. My favorite cities are Paris, Prague, Lisbon, and Reykjavik. But after visiting all of those, nothing beats the back porch, watching the deer and wild turkeys do their thing in the forest.

Whether accidentally by design or by pure happenstance, none of my real friends take themselves very seriously. (Full disclosure: I have many acquaintances, but relatively few friends.) We like to laugh, and we’re there to listen when listening is what’s most needed.

When it comes to reading, I am an omnivore. Erik Larson’s research and writing skills are stunning. J.K. Rowling is one of the world’s great storytellers, as is Stephen King. No one does twists better than Jeffery Deaver, and Reavis Z. Wortham is the king of Texas atmosphere. Art Taylor is the master of the modern short story.

My real-life heroes are people who have no desire to be anyone’s hero. The folks who work in mines or toil in fields, doing dangerous, back-breaking work because they need to provide for their families. Cops and firefighters whose job it is to bring order to chaos, even as so-called cultural icons line up against them and demean the work they do.

Let me change your question to, “What habit would you most like to break?” The answer there is snacking in the evenings. Still full from dinner, I need to nosh on crackers or chips.

This one’s easy: Shut up and write. Talking about writing, reading about writing, attending classes on writing is not writing. While those things may be beneficial, they are more likely just time sucks. Writing is the acting of committing words to the page—or to the screen, I suppose.

More pantser than plotter. I know where the story is going to go before I start, but I generally have no idea how it’s going to get there until I start writing.

What is your favourite word?

My favorite word, if I’m being honest, is the F-bomb. While I never use it in my books, it’s a staple of my everyday vocabulary. It’s the only word cathartic enough to ease the pain of a stubbed toe, and it’s a universal modifier of every noun.

Anyone who keeps going, ignoring the thousands of practical reasons to quit. See below.

Failure cannot be inflicted. It must be declared.