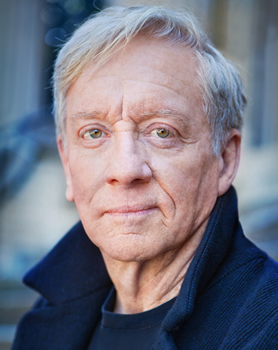 No great writer pens the elegant first draft. In fact, all good thriller writers produce what author Anne Lamott called “the shitty first draft.” In fact, the practice of using a negative label with your first stab at a story yields a more superior product.

Saying that your first draft is shitty disarms your Inner Critic (everybody has one) before it pops up like burnt toast and eclipses your creative flow. It’s not unlike when the LGBTQ community took back the word “queer” to refer to themselves, so it couldn’t be used against them. Or when the African American community took back the word “Black” for the same purpose.

But more than anything, it goes to show that the language we use to evaluate our writing can either foster or impede a good thriller. How many times has your Inner Critic jumped in and said, “You’re not going anywhere with this,” or “Nobody wants to read this crap,” or “You’re an impostor.” While these judgments are likely untrue, one thing is certain: You’re not alone.

Many great writers allude to that eviscerating voice that makes them feel like a fraud. Even Maya Angelou, one of the greatest writers of the 20th century said, “Each time I write a book, every time I face that yellow pad, the challenge is so great. I have written 11 books, but each time I think, ‘Uh oh, they’re going to find out now. I’ve run a game on everybody, and they’re going to find me out.’” 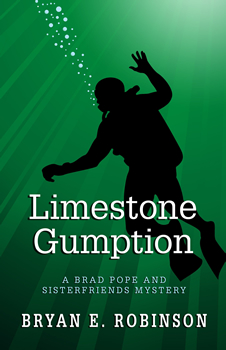 The subjective Inner Critic’s voice is egocentric and distorted: “You don’t know what you’re doing,” or “You’re a terrible writer,” or “You’re a lightweight.” When it rakes you over the coals, it clouds the objective, big-picture truth about your creative possibilities. If you’re like most writers, you believe what the Critic tells you simply because you hear it in your mental echo chamber.

But psychologists have discovered that talking back to the Critic gives you distance from it—along with a more objective truth—that provides calm, clarity, and confidence in just about anything you write. A specific type of self-talk called “story editing” pre-empts your Critic from seizing control of your writing power and bludgeoning your plot or character development. When the Critic’s made-up story circles in your mind like a school of sharks during a writing jag, observe it much like you would inspect a blemish on your hand. Then tell your Critic that you’re writing your “shitty first draft.”

Story editing creates a self-distanced versus a self-immersed perspective and helps you overcome the egocentric impulses of your critical voice. Self-distancing revises the Critic’s negative story in your mind just as you would revise your thriller in print. And the Critic’s story is no longer the only story circling in your head. Story editing takes you out of the writer’s role and catapults you into the narrator of your writing—the objective, bird’s-eye perspective of an outside observer as if it’s happening to someone else. Using this self-distancing tool separates you from the critical voice and keeps you from reverting into that negative loop over and over again, making room for you to write from your C-Spot—that centered place where calm, clarity, confidence, and creativity reside.

Back in the day, people who talked to themselves were considered to be “crazy.” Not anymore. Today, psychologists consider self-talk to be one of the most effective tools in just about anything we do—especially when writing.

Here are some other tips to cultivate the perspective of a detached observer of your writing, promote self-distancing between you and your Inner Critic, and keep your creative channels open:

Babe Ruth, arguably one of the best baseball players ever, once said, “Every time I strike, it brings me closer to my home run.” That was what made him great. He revised his Critic’s story and brought a different story that helped him achieve glory.

As a thriller writer, you, too, can revise the story your Critic constantly tells you: “Every time I get a rejection, it brings me closer to my next acceptance.”