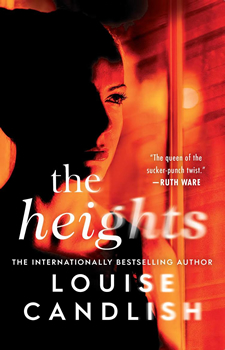 Sunday Times bestselling author ​Louise Candlish might seem to have it all: 15 published novels, a #1 bestseller, a British Book Award Crime & Thriller Book of the Year, and an upcoming television drama. It might surprise you, then, to learn that her 12th novel was almost her last.

“This is an industry of overnight successes,” she says, “of hyped first novels that fly straight to the top of the bestseller lists and get optioned by Reese Witherspoon.”

But for Candlish, as for the vast majority of writers, it wasn’t like that at all. That hoped-for blast to the top of the charts eluded her, replaced by “more of a sense of book after book slipping through the net.” After 11 books, she found herself demoralized and ready to hang up her keyboard.

“I hope what happened to me next will inspire those also toying with giving up,” she says. “The idea for Our House felt original and, at the very least, I thought it would be a stylish swansong, but then it hit the zeitgeist, had massive word of mouth, and my publishers ran with it brilliantly. So what I’ve learned is that writing careers can take off at a moment’s notice.” 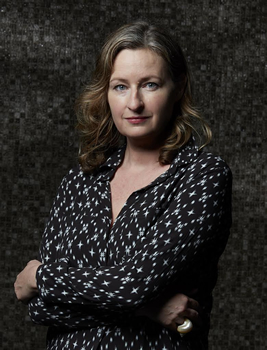 Candlish began writing in her early thirties while on a backpacking trip to Sicily. That story, a blend of humor, romance, and drama called The Island Hideaway, was about a young woman who secretly follows her ex-fiancé on his holiday with the woman who replaced her. Asked what led to her transition to crime novels, Candlish says, “Though the half dozen novels to follow were dramas or, occasionally, comedies, there was always a dark strand running through them, so it was a natural progression to involve crime in the plots. Our House was the first book I plotted with a crime at its heart, and I built the dysfunctional family around it. THE HEIGHTS is in the same tradition, the story of a family for whom tragedy spirals into crime. They are both heartbreakers in a rather bleak way.”

THE HEIGHTS is an intense reading experience about grief, family relationships, and the destructive power of revenge. Asked what inspired it, Candlish says, “I wanted to write a family story centered around an unusual feud, and I chose the dynamic of overprotective mother and her son’s best friend, who she perceives as a destructive influence. Ellen adores her son Lucas to the point of worship and cannot cope when in his teenage years his loyalties switch, quite naturally, to his peers. There was a bubbling cauldron of inspirations for this novel, including real-life events—for instance, the Chappaquiddick tragedy—and media, including the movie In the Bedroom. I hope readers will emerge feeling they’ve had a deep dive into grief and psychological torture—while being royally entertained by an ingenious plot and structure!” 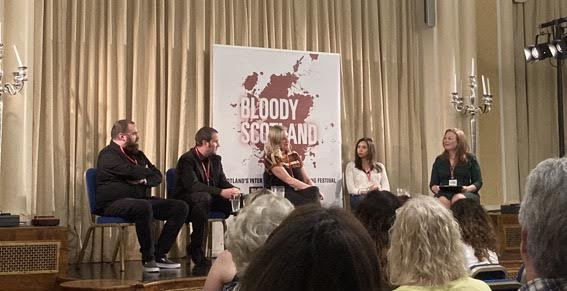 The story is told through multiple points of view. Though Ellen is the primary narrator, Candlish’s favorite character is Vic, Ellen’s estranged partner and father to Lucas. “He presents himself as easygoing and humorous,” Candlish says, “a foil to Ellen, with her irrational impulses, but he’s just as flawed as she is. My favorite scene is a short, quiet one, when Vic has a pint in the pub with Ellen’s husband Justin. So much is unspoken in that scene—they are the only two men in the world who know how it feels to manage Ellen, who is a force of nature. They’re like her handlers.” 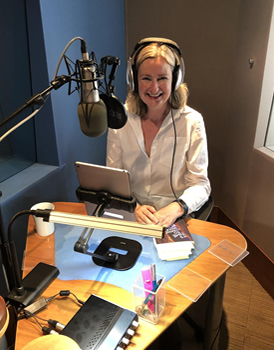 This is a complex and deeply psychological novel, so it should come as no surprise that Candlish cites a broad range of literary influences. She says, “I’m very inspired by Patricia Highsmith, whose work taught me not to give a fig about characters being ‘likeable’ or offering some kind of ‘moral compass.’ Screw that, they just need to be real and interesting enough to lead the reader into the darker recesses of the human mind. I grew up on Agatha Christie, and though I don’t do locked room mysteries, my recurring themes of status, avarice, and envy come directly from her. Also influential are Tom Wolfe, Margaret Atwood, Henry James—too many to list. I once started a book directly after reading a Kate Atkinson, and I could tell I was aping her style—that stream-of-consciousness fluency, with the sardonic asides—but not doing it nearly so well. So I abandoned it and started again. You need your own voice.”

Between writing, researching, book marketing, and family, Candlish’s days are full. “At least half of my working day is spent not writing,” she says, “but taking care of other duties: social media, meetings, events, and so on. But if I’m writing, I start at about 9 am, with a strong coffee and ideally my Labrador, Bertie, by my side. I aim to get down 5000 words a week. Weekly targets work best for me as they allow for good and bad days. At about 3 pm, I’ll take the dog out and catch up with my husband. He’s also my researcher, so we might chat through some work things (how to arrange a contract killing, for instance!). Then I’ll do another couple of hours, finishing at 7 pm. I write on the sofa and don’t have a desk—ergonomically, it’s probably a ticking time bomb, but I find the ideas flow that way.” 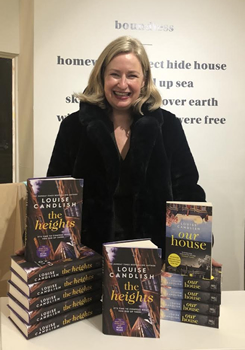 Candlish poses with THE HEIGHTS display at the Inaugural Bay Tales event in February 2022.

Asked what’s next on her agenda, Candlish says, “I have a few television projects taking my attention at the moment. I’ve just written a pilot for an original drama, and I’m involved in adaptations of several of my novels. I’m excited to get back to the next draft of my next novel, though. It’s a deception mystery, more in the spirit of The Other Passenger than THE HEIGHTS, and is set partly in the 1990s. It was a joy to revisit those innocent, pre-Twitter times—not so innocent in the eyes of the characters, of course.”

She’s come a long way since she launched book 12 into the universe, expecting it to be her final opus. For those who may be in a similar dark place, she has some words of inspiration. “Only give up if you’ve run out of ideas. Don’t give up if the only thing you’ve run out of is hope, because that will return.”