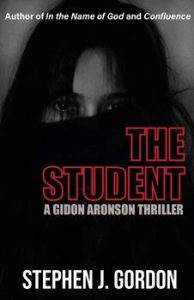 Gidon Aronson, an American who has served in the Israeli military, has made a promise—to check up on Noa, a Mossad officer’s niece, a college student in Baltimore. The uncle is concerned about Noa’s welfare, given rampant anti-Israel sentiment on many college campuses.

What begins as a simple favor develops into a murder investigation when Noa’s room is vandalized, and two young men are subsequently killed. Gidon and the police uncover a foreign intelligence cell that always seems one step ahead of them. When Noa is forced to leave town, Gidon returns to the Middle East and undertakes a personal undercover operation so risky it may cost him his life.

I hope that readers will become invested and engrossed in the characters and in the story. For returning readers, as this is the third book in the series, I hope that they will be drawn to the characters even more, to have a better understanding and attraction to them. Finally, I would like all readers to want more stories!! 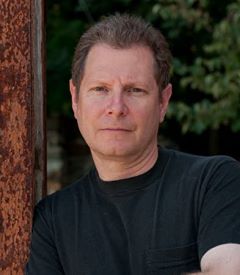 The biggest challenge, aside from developing an engrossing, contemporary story, is that because this is the third book in the series, I had to introduce the characters to new readers unfamiliar with the series, but at the same time expand on them for fans, without being repetitive in revealing character traits. The opportunity is to continue to develop the main character, and of course to grow the series and reach new readers. From a marketing point of view, there is always a challenge of spreading the word.

What continues to surprise me is that if you write from a character’s point of view, sometimes dialogue or scenes go off in a direction you hadn’t intended…that the character takes over. Also, as the author, sometimes there is an element of doubt about whether characters are realistic. In the editing process, my editor at one point said, “No, Gidon [the main character] wouldn’t have said that.” At that point, I knew I had done my job as the character’s creator in making him viable, and that the editor “got” the character. (She was right, and in that scene, I needed to rewrite his piece of dialogue.)

That the main character is an honorable but messed-up guy (due to PTSD) who has a strong moral compass. He has a great sense of humor and cares about people. A few of his characteristics are a composite of several people I know, plus the product of my imagination. Regarding various elements in the story, they are drawn (and elaborated on) from some real-world, present-day experiences on many campuses around the country.

In my youth, Ian Fleming was always a favorite, as well as Alistair MacLean. In MacLean’s adventures, the hero wasn’t always who you thought it was but rose to untangle the plot. More recently, Michael Connelly has become a favorite with his Bosch character, a figure who also has a strong moral compass; a trait that doesn’t always benefit his career. I’ve always enjoyed good writing, where the author has created realistic twists and has left clues that come together in the end, but not obviously so. There is always a balance—and a challenge—about how much to reveal.

Steve Gordon, the author of the Gidon Aronson series, was born and raised in Baltimore. For many years, he taught American history and ancient world cultures in a local middle school. His writing credits also include a memoir for Good Housekeeping and television series work for Maryland Public Television.