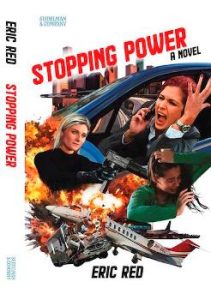 Devoted mother Stephanie Power is on a road trip in Houston, Texas, with her teenage daughter, Libby. They stop at a gas station to refuel, and when Stephanie comes back from paying, she finds her daughter and their RV have suddenly vanished.

Ilsa Bakke, a dangerous female bank robber on the run, just pulled an armored car heist that netted 60 million dollars in bearer bonds, murdered her own gang, and escaped in a getaway car with the Texas cops hot on her tail. She switched out her car with an RV at a gas station and kidnapped a teenage girl, leaving her getaway car with the keys in it.

Stephanie gets a call from Ilsa on her cell, ordering her to get into the abandoned getaway car and drive on the highway at high speed and keep driving as a decoy for the police or Ilsa will kill Libby. If Stephanie stops or gets caught by the cops, her daughter is dead. If she stays alive and uncaptured for one hour, Ilsa promises to release the girl safely.

The characters sprang out of the plot, as usual for me. 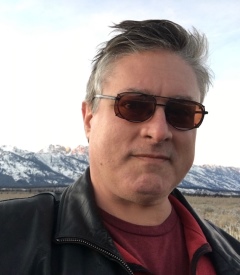 I love this genre of no-holds-barred, every-opportunity-taken thrillers of non-stop suspense that keep one turning the page.

The biggest challenge the book presented was writing the novel from two alternating first-person female points of view, a mother and teenage daughter. My close relationship with my wife and her mother helped, both providing invaluable input on the novel and how they might realistically react in a similar situation.

The biggest opportunity was taking what traditionally would be a male type of action/thriller mano-a-mano situation and doing it with a female hero and villain. This added different levels to the drama and heightened the stakes, providing even more opportunities for tension and suspense.

It delivers the goods for readers who are fans of propulsive thrillers that open with a bang and never let up until the very end.

Getting into the minds of three women in a life-and-death situation and finding their voices as a male author was a process of discovery throughout the novel.

Part of the book deals with the psychological dynamics of captor and captive with the female bank robber and the teenage girl she kidnapped. Both are forced to engage with each other because of their situation. The girl figures if she keeps the woman talking, she won’t kill her, while the woman keeps the girl talking hoping to distract her, so she won’t try to escape. It escalates into a game of psychological cat and mouse resulting in an unusual bond forming between the two strangers.

John D. MacDonald, above all other authors, for his style of writing, his storytelling skills, and versatility in different genres. Michael Connelly for his talents in writing realistic police procedurals. Jeffery Deaver because he’s a master of the plot twist. Thomas Harris for his horrific genius at creating one-of-a-kind villains in unique plots. Alistair MacLean for exciting you-are-there adventure narratives.

Q: My books and screenplays have had many memorable villains, like Rutger Hauer in The Hitcher. Which are harder to write, good guys or bad guys?

A: Good guys are much tougher to write. It’s easier to write a bad guy the reader roots against by having them do evil deeds that make you hate them. Writing a good guy whom we root for is a constant process of exploring what universal traits we have that make us like the hero and pull for them to win. Especially with a strong villain, who can easily steal the story, being more fun since they get away with things people in society can’t, and we the reader secretly wish sometimes we could too.

I’m being gender non-specific here, of course, and the same rules obviously apply for a heroine or villainess.

Eric Red is a Los Angeles-based novelist, screenwriter, and film director. His novels, a coming-of-age thriller called Don’t Stand So Close, a serial killer road thriller called White Knuckle, and a science fiction adventure called It Waits Below are published in trade paperback and Kindle editions by Seidelman & Company. A dark fantasy called The Guns of Santa Sangre and its sequel The Wolves of El Diablo are published in hardcover, trade paperback, and digital editions by SST Publications. His four Joe Noose Western novels, Noose and Hanging Fire, Branded & the Crimson Trail are published in Mass Market Paperback and digital editions by Kensington Books and Pinnacle Books. His next two novels, a contemporary thriller called STOPPING POWER and a PI novel called Snoop, will be published soon by Seidelman & Company.

Mr. Red directed and wrote the films Cohen and Tate for Hemdale, Body Parts for Paramount, Undertow for Showtime, Bad Moon for Warner Bros., and 100 Feet for Grand Illusions Entertainment. His original screenplays include The Hitcher for Tri Star, Near Dark for DeLaurentiis Entertainment Group, Blue Steel for MGM, and The Last Outlaw for HBO.

He created and wrote the sci-fi/horror comic series and graphic novel Containment from SST Publications and the horror Western comic series Wild Work for Antarctic Press.