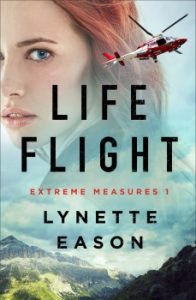 Helicopter pilot Penny Carlton is used to stress, but an emergency landing in a raging storm with a critical patient on board would test the limits of the best of pilots. When news of a serial killer reaches her, it’s clear the stress has just begun.

My first and foremost hope is that readers will be entertained. I want them to be so into the story that they won’t want to put the book down. The biggest compliment someone can give me is: “I’m mad at you. I was reading your book and couldn’t put it down until 2:00 this morning. I couldn’t sleep until I knew how it was going to end, and it’s all your fault.” Or comments along those lines. My response is: “Yes!” 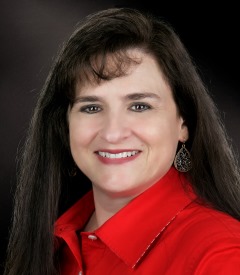 I learned the best way to crash a helicopter without killing anyone on board. Okay, so it was more of a rough, emergency landing and not a true “crash,” but the research was fascinating.

Dee Henderson was my biggest influence. I picked up her book Danger in the Shadows back in 1999 when it first released. I was browsing the bookstore and was intrigued by the back cover copy. I was in the process of writing my own story—one that will never be published—and had a lightbulb moment. THIS was the kind of novel I wanted to write. Romance, suspense, and faith all wrapped into one un-put-downable story. And so I did. Through various circumstances, Dee eventually became my mentor, and the rest, as they say, is history. Others who’ve influence me have been Terri Blackstock, Gayle Roper, Colleen Coble, Irene Hannon, James Patterson, Lee Child, and more.

I love the idea that the bad guys are always caught. Justice is served, and good guys win. The boy and girl get together and live happily ever after. I think these days more than ever, readers need that happily ever after, and I’m thrilled to give it to them.

Lynette Eason is the bestselling author of the Danger Never Sleeps, Blue Justice, Women of Justice, Deadly Reunions, Hidden Identity, and Elite Guardians series. She is the winner of three ACFW Carol Awards, the Selah Award, and the Inspirational Reader’s Choice Award, among others. She is a graduate of the University of South Carolina and has a master’s degree in education from Converse College. Eason lives in South Carolina with her husband and two children.