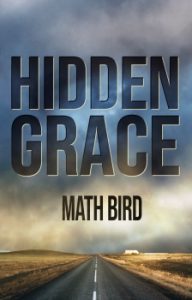 In his quest to find those who double-crossed him, Ned Flynn seeks the help of retired small-time fence Eddie Roscoe. But Eddie’s services come with a price. If Flynn wants the information he needs, then he must help Eddie find his missing son. As Flynn and Eddie retrace the lad’s steps, they discover his disappearance is more sinister than they hoped and become embroiled in a world beyond their worst nightmares. Can Flynn and Eddie survive, or are the hunters destined to remain the prey?

I’m a huge fan of crime fiction, especially small-town crime and rural noir, which influences a lot of my fiction. What I love, alongside a cracking good read, is their ability to explore the human condition, the horrors and challenges of the “every day” and notions of place. They also provide the perfect vehicle to explore genre alongside literary theme–stories that can be appreciated on many levels, about people on the periphery crossing moral, ideological, and geographical borders. 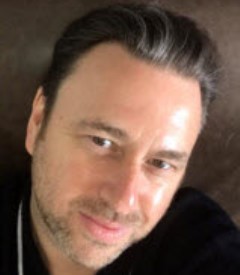 I guess the biggest challenge for me was I wanted it to stand alone as a separate Ned Flynn adventure but also as a continuation of his story. The advantage of this is that you can veer off the path slightly from his ultimate quest and place him in situations more challenging, that test and change him, which also gives Flynn and the characters he meets more depth.

I’m always learning new things for every book, especially as part of the research. For this book, the new discoveries that struck me the most were areas that came to me more on reflection. Such as how modern-day slavery, in its many forms, is frighteningly so abundant and often can be hidden behind the mundane, those dark secrets in the everyday settings of houses and towns, hidden yet out in the open.

An aspect that relates to the book’s title, HIDDEN GRACE, is a key element in this story. In Flynn’s case, the road to retribution starts within. The vulnerable position Flynn finds himself in in this book provides him lots of opportunities for self-reflection. From past experience, Flynn mistrusts the world and the people in it, mostly with good reason. However, he’s suddenly placed in a position where more vulnerable people rely on him. And because of that, if he’s to help them, he has to keep his demons at bay. On the outside, to most, Flynn is often seen as a brutal, violent man, but deep down, there is a lot of humanity to Flynn, and it’s the humility and grace of others that allows him to find and embrace his own hidden grace and kindness.

There are so many, and there continues to be so. However, for this book, one particular author comes to mind, and that’s the British crime writer Reginald Hill of Dalziel & Pascoe fame. What I love about Hill’s writing is how he seamlessly blends a great crime story with beautiful prose and literary themes, which is something I try to do across all my novels and stories. Whereas my stories tend to take place in North Wales, HIDDEN GRACE takes place in a fictional English town on the Lincolnshire coast, a few hours south of Hill’s Wetherton.

Q: What do you hope readers will take away from this book?

A: First and foremost, I hope they find it a compelling, entertaining read. Then, as this is the second book in the Ned Flynn series, I hope they enjoy the continuation of his story and his character development. This is a different Flynn, a man changed by recent events and soon to be affected by the new dangers he’s about to encounter. Also, it explores that anyone, no matter how tough or infallible we believe them to be, can become a victim, and how some people will hurt and manipulate others for as long as they’re able to get away with it.

Math Bird is a British novelist and short story writer.

He’s a member of the Crime Writers Association, and his work has aired on BBC Radio 4, BBC Radio Wales, and BBC Radio 4 Extra.