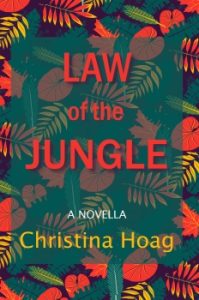 When an eccentric British scientist meets an American entrepreneur in the Venezuelan Amazon jungle, she thinks it’s a dream come true. But she doesn’t reckon on the law of the jungle: Be predator or prey. LAW OF THE JUNGLE is a psychological thriller that explores the power of our past over our present and what it takes to overcome it.

Christina Hoag recently spent some time with The Big Thrill discussing her latest thriller, LAW OF THE JUNGLE:

I hope they’ll be taken on a journey to the Amazon jungle and read about the amazing wildlife that exists there. I also want them to see a story of redemption in Rowena, how she turned a crisis into her salvation, which happens in life. It takes hitting that bottom to bounce you back up. That’s what happens to Rowena. 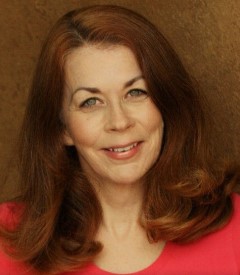 This is a psychological thriller of sorts. I love this genre, as it delves into the why of what our characters do, their backgrounds that shaped their thinking and actions. I was a psych minor at Boston University (English major), so I’m drawn to this stuff.

Biggest challenge was getting all the places right. I studied maps, etc., as well as the medicinal plant uses. The biggest opportunity: it’s half the length of a full-blown novel, which made it quicker to write than my mystery novel. I’m hoping it will serve to get some new readers exposed to my work and fill in the gap between the bigger novels.

The psychological element. I hadn’t originally planned to write deeply about Rowena or Guy’s characters, but I found myself getting more into those characters and how they were shaped to be who they are.

I find the question “why” more fascinating than the “how,” which tends to be more the basis of thrillers/mysteries. Why the characters turned out to be who they are and so on. It makes the book much more interesting to write and read.

The spider and frog venom, which are key plot devices in the book, are totally true! As are all the plants and herbs mentioned. I had a great time researching this stuff!

Probably my all-time favorite author is Graham Greene, because he wrote about being a foreigner in foreign lands. I know well that feeling because I grew up moving around seven countries and lived in three more as an adult. But I love literary mystery/thriller standalone authors such as Megan Abbott and the newer author Christine Mangan. They’re really who I’d like to emulate.

Q: The setting of the jungle plays a central role in the book. Why did you choose to set it in the jungle?
A: I love jungles, and have travelled in jungles in Central and South America. They’re fantastic settings for sinister deeds because they’re very hostile places to human habitation, which means all sorts of skullduggery goes on in them and is hidden by them. I always wanted to set a story in a jungle.

Christina Hoag is the author of novels Girl on the Brink and Skin of Tattoos (Onward Press). Her short stories and essays have been published in literary reviews including the San Antonio Review, Shooter, the Santa Barbara Literary Journal. A former journalist for the Miami Herald and Associated Press and Latin America foreign correspondent, she recently won prizes for essay and fiction in the International Human Rights Arts Festival Literary Awards and the Soul-Making Keats Writing Competition.

To learn more about the author and her work, pleased visit her website.