In the Spirit of Christmas and Justice 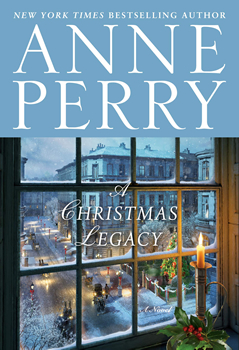 A week before Christmas, Gracie and her daughter, Charlie, are busy with Christmas baking when a girl knocks on Gracie’s door, asking for help. It’s Millie, a young servant at nearby Harcourt House. She tells Gracie that someone is stealing food at the house—she’s terrified that her employers will accuse the servants of theft and terminate them, right before the holidays.

Gracie knows what that would mean. A servant would not only lose their home, but without a good reference, they couldn’t get another service job and would be destitute. When Gracie was in service—from age 13 to when she married—her mistress, Charlotte Pitt, treated her like a member of the Pitt family, even teaching her to read and write. And Gracie also enjoyed helping Charlotte’s detective husband, Thomas, solve his investigations. But the staff at Harcourt House didn’t have those luxuries.

Gracie has helped Samuel before with his investigations, so their daughter, Charlie, is certain she’ll be able to find out what’s happening at Harcourt House. Gracie must set a good example for her children—she knows that “refusing to help when someone asks isn’t the lesson she wants to teach them.” So Gracie arranges to take Millie’s place at Harcourt House—under the ruse that Millie is ill—while Millie cares for Gracie’s family. But Gracie insists she must be back home in time to spend Christmas with her family.

Arriving at Harcourt House, it’s apparent to Gracie that the Harcourts are nothing like the Pitt family—they are distant and show none of the kindness she was accustomed to. Gracie knows the servants are all scared of being let go, but Gracie can’t figure out why, and no one is telling.

Because Gracie has her own home and family, she’s the only one of the hired help with the security to delve into the mystery. None of the others can risk losing their position without a reference—and right before Christmas, no less. 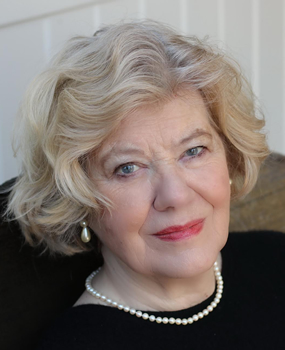 “Gracie realized that she herself was the only one who was not hostage to fortune. Her safety, her home, her survival did not depend on keeping this job. The worst anyone could do was send her home to her husband and children. They could not threaten her with a bad character reference. She had no need for it.”

As Gracie becomes acquainted with the staff at Harcourt House, she discovers why the food is disappearing, but the truth is far from what she expected and the outcome uncertain. Can she save the staff before she returns home for Christmas?

Fans of cozy Victorian mysteries will love returning to Gracie’s story and her fight for justice for the underclass. It’s the perfect read to get into the holiday spirit—imagine the heat from a big cozy fire and the cinnamon smell of Christmas biscuits baking in the oven.

Here, Perry chats with The Big Thrill about what inspired the story and how she weaves social justice into her plots.

What was the inspiration for the story in A CHRISTMAS LEGACY?

I wanted to visit Gracie again and find a situation where she could solve a crime. It grew from there. Then I decided I like her daughter, Charlie, so much that I might write a story about her one day, possibly when she is grown. She would be just about the right age to be a motor bike messenger in World War I. Just an idea!

You’re such a prolific author. How do you come up with different plot ideas for your dozens of books?

The world, newspapers, TV, and just people are always full of ideas, and “what ifs.” I always wonder what would be different if only one fact, one person, was changed? Or what truths lie behind any story of which we understand only part? What happened next? It’s the beginning of a whole new story.

Does your narrative analysis of the haves and have-nots, and the formally educated vs the uneducated, reflect your personal experience that a person can get an education without formal schooling?

I had not thought of it, but very possibly it is! Learning can come in lots of different ways. I think a teacher’s job is not to teach facts, but to teach you how to learn, and what a wonderful thing that is… endless!

Apart from the general spirit of Christmas, perhaps that families are a function of caring, not of blood… and social station is a matter of chance.

What advice can you give other writers, especially those who don’t have formal secondary education?

Read! Imagine! Practice! And get a reader who will tell you the truth about your work and listen to them. Better still, get more than one. You may know exactly what you mean, but it may not be what you’ve written. And never stop learning.

I have periods I want to write about, but I’m told no one wants to read about them. They are usually periods that test thoughts, beliefs, courage etc., like the French Revolution and the early Spanish Inquisition. Times that test your faith and courage, the core of your faith and what it means when the cost could be your life. Many of us think we know what our values are, but do we really?