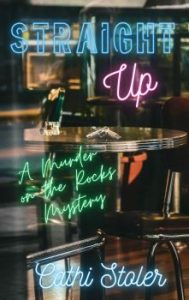 Jude Dillane, owner of The Corner Lounge in Manhattan’s East Village, knows she will never be safe until The New Year’s Eve Serial Killer, Art Bevins, is behind bars. Still on the loose, he continues to taunt her. Blaming Jude for all his troubles, Bevins is determined to make her pay. With the FBI investigation at a stand-still, Jude knows it’s up to her to bring him to justice. With all this swirling around her, Thomas “Sully” Sullivan, her friend and landlord, becomes enamored of his new tenant, Dolores Castel. Jude instantly distrusts Sully’s new love and believes Dolores is weaving a dangerous web. As she continues her pursuit of Bevins, Jude looks into Dolores’s past, uncovering a series of deadly coincidences. Can Jude stop Bevins from his deadly pursuit and protect her friend from ruin?

Cathi Stoler recently spent some time with The Big Thrill discussing her latest thriller, STRAIGHT UP:

I’d like them to appreciate my protagonist Jude Dillane’s absolute determination and dedication to finish the job she set out to do: capture the serial killer who has been plaguing her and her friends. She’s not only concerned about herself, but also about keeping her friends and her business safe. To me, it’s a theme that resonates now when protecting and helping each other is more important than ever as we emerge from a very trying time. 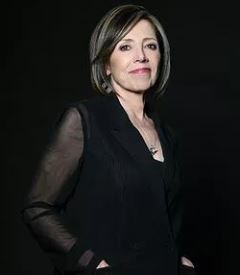 Yes. Without giving away any spoilers, some of my characters actually surprised me by their actions, especially Jude’s customer and friend Tony Napoli. I’m a pantser and don’t plot out the story, so when it came to this character, I actually surprised myself by what he did.

I’ve been influenced by many mystery writers starting with Agatha Christie and moving on to Lindsay Davis, Sue Grafton, and Laura Lippman, to name a few. They all take the mystery genre to another level. I also love the spy/thriller genre and the authors who have done it so well, such as Ian Fleming, John le Carre, Ken Follett, and Daniel Silva. Each of these authors is a master of their craft, and I aspire to be the same one day.

Cathi Stoler is an Amazon best-selling author. Her Murder On The Rocks Series features The Corner Lounge owner, Jude Dillane, and includes Bar None, Last Call, and STRAIGHT UP, published by Level Best Books. She’s also written the suspense novels Nick of Time and Out of Time and the Laurel and Helen New York Mysteries. She is a three-time finalist and winner of the Derringer Award for Best Short Story. Cathi is a member of Sisters in Crime New York/Tri-State, Mystery Writers of America, and International Thriller Writers. She lives in New York City with her husband, Paul.