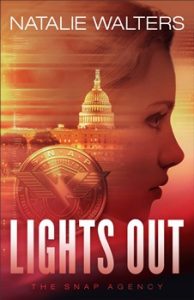 When an explosion rattled the cobblestone streets of Ireland in 1998, it left the CIA questioning one of their own, but Intel officer Tom Walsh refuses to believe his friend Shawn is guilty. Tom is certain Shawn wasn’t behind the misdirection of information that led to the deaths of dozens, but he’s missing, and the CIA won’t go back to find him or the truth.

Unwilling to let Shawn become a scapegoat for a botched mission, Tom quits the CIA and takes an unsanctioned contract job with the hopes of finding his friend and those responsible for the deadly attack. But when the new mission goes awry, Tom finds himself in a battle against an Irish dissident paramilitary group determined to strike again.

With only a hunch to go on and a red-headed bartender’s help, Tom puts himself in the path of danger and discovers his own passion for stepping in where the government can’t.

I’ll never forget living in Egypt and calling our driver by his name only to learn I had mistakenly replaced the letter ‘n’ with the letter ‘m’. He politely corrected me, mentioning that I called him a bird.

When I was writing this story, I worked closely with my Egyptian friend to make sure I didn’t make a mistake like that again when naming my characters. Names in Egyptian culture are important and can play a direct role in the respect a person receives or the position of power they have. I had to be sure my Egyptian president didn’t carry a name of weakness, ridicule, or a bird.

Much of the story material that centers around Egypt was based on my experience living in Cairo during the Arab Spring that ousted Egypt’s president in 2010. Our family was stationed there as diplomats and amid the violent uprising I imagined dozens of scenarios I could use in a story one day…that day has come!

The adventure! Whether it’s the pulse-pumping suspense that keeps me turning pages long after bedtime or the heart-swooning romance that has my heart tied into a knot, the best part of romantic suspense is the roller coaster adventure that makes me want to experience the ride over and over again.

Natalie Walters is the author of Carol Award finalist Living Lies, as well as Deadly Deceit and Silent Shadows. A military wife, she currently resides in Hawaii with her soldier husband and is a proud mom of three adult kiddos. She has been published in Proverbs 31 magazine and has blogged for Guideposts online. She loves connecting on social media, sharing her love of books, cooking, and traveling. Natalie comes from a long line of military and law enforcement veterans and is passionate about supporting them through volunteer work, races, and writing stories that affirm no one is defined by their past.