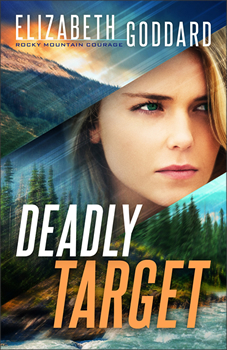 DEADLY TARGET is the second book in bestselling author Elizabeth Goddard’s Rocky Mountain Courage series, focusing on the lives of three childhood friends. The second book finds criminal psychologist Erin Larson facing career and personal complications. Finding herself unexpectantly back in her Montana hometown to care for her mother after a suicide attempt, Erin is grateful to have her podcast which examines missing persons cases.

Former flame Nathan Campbell is also back in town. Nathan has followed in his father’s footsteps, becoming a police detective. But when his father is shot just as he’s about to fill his son in on a case he’s investigating, Nathan takes up the case and enlists Erin’s criminal profiling expertise. The two find themselves in danger—from the bad guys as well as from their renewed feelings for each other.

As with the first book in this series, DEADLY TARGET is a fast-paced, suspenseful novel that is a perfect balance between action and romance. In this interview for The Big Thrill, Goddard provides insight into how she does it.

The series takes place in the Montana mountains, and all the characters have extensive experience traversing nature, but your author bio states you’re a seventh generation Texan. How much research did you do in order to write the series, and how did you do that research?

Yes, I’m a seventh generation Texan, but I’ve traveled extensively and lived in six states and currently reside in Washington State. My husband is a Montanan, so I already had a lot of knowledge about Montana and a ready resource in him. Regarding the locations in the Rocky Mountain Courage series, though I created a fictional setting for the stories, in general, I’ve also been to other locations mentioned, including Boston in DEADLY TARGET and I live near Puget Sound/Seattle area. Anything else that I didn’t know from firsthand knowledge, I relied on the usual research—books, Internet, YouTube, experts.

As a writer myself, one thing I love about writing is that every story is an opportunity to learn something new. What did you learn writing DEADLY TARGET?

I learned about crime podcasts! I had to listen to several to understand how they worked and to write that additional layer in the story, but before writing this story, I had never listened to a crime podcast. I also took a deeper dive into criminal psychology and all that field of study entails.

What was most difficult part of writing DEADLY TARGET? The most fun? 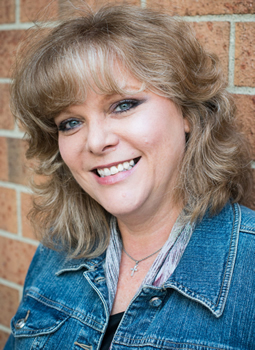 I’ll refer to the previously mentioned crime podcast because that truly was the most difficult part of writing the novel. When I listened to crime podcasts, one in particular brought me to tears and it took me days to get over it. I think that writing suspense can often take us to dark places in order to find the most accurate portrayal of crime and the evils of this world, and researching for DEADLY TARGET was no exception. I had the most fun twisting up the plot. I had ideas in my head about the way I wanted to unfold the layers, and I wasn’t sure if I could pull it off. But reviews are coming in, and I believe it worked like I wanted—so that was fun!

DEADLY TARGET is Book 2 in the Rocky Mountain series about three childhood friends, Terra, Erin, and Alex. Since Terra and Erin have featured prominently in the first two books—can readers expect Book 3 to focus on Alex’s life? And if so, can you tell us a little about it?

Readers can expect to dive into Alex’s story in Book 3. Alex’s job is a bit of an enigma to his friends in Book 2, so I won’t give those details away just yet, but I can tell you that he’s drawn “into another mystery, complete with suspicious deaths, lethal threats, and whispers of espionage that all have one thing in common—a beautiful cybersecurity expert with a dark past.”

DEADLY TARGET is a romantic suspense, but are there other genres you’d like to write in someday?

Probably not. I love this genre, and any genre for which I would write would also include romance and suspense!

Is there a career, other than the two you’ve already had in software development and writing, that you’d like to attempt someday?

I won’t be attempting a career beyond writing, but at one time before getting my computer science degree I had dreamed of a science degree in marine biology because I loved the ocean. Though I won’t pursue a degree or a new career, I can always write about characters in new and fascinating careers.

What is your biggest writing obstacle you’ve had to overcome (ex. writer’s block, switching genres) and how did you overcome it?

Right now, my biggest obstacle to writing is finding the time to write and give my novels the love and care they need. I’m juggling a lot in my life with a big move a few weeks ago and a special needs son, and time is the most valuable commodity. I’m fortunate to have enough experience that I have the rhythm of my stories down, so that helps. As for overcoming my shortage in time, I dig deep and push through because I must.

What other writing projects are you working on and when can your fans expect to start looking for them?

Critical Alliance, Rocky Mountain Courage Book 3, will release next year. I’m working on a new series set in Alaska for Revell that will release in 2023 (I think!). I also write for Love Inspired Suspense and two books a year release with them.

Elizabeth Goddard is the USA Today bestselling and award-winning author of more than fifty novels, including Present Danger and the Uncommon Justice series. Her books have sold over one million copies. She is a Carol Award winner and a Daphne du Maurier Award finalist. When she’s not writing, she loves spending time with her family, traveling to find inspiration for her next book, and serving with her husband in ministry.

For more information about her books, visit her website.