A Surrogate Mother Has Second Thoughts 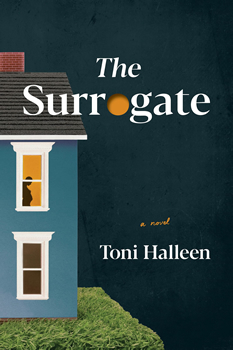 “I wrapped the baby in pink flannel blankets, tightly like they taught me. To cushion her, I stuffed my extra clothes in the duffel, plus the white hand towels I stole from the bathroom. As I zipped the duffel shut over her face, she was quiet as a corpse….

“Hold on, just hold on,” I said to the duffel bag, willing it not to jiggle, not to whimper. In my head I called her Nell, even though the contract said the intended parents would have sole naming rights…”

In Toni Halleen’s THE SURROGATE, it’s the middle of the night during a driving snowstorm, and 20-year-old Cally has had second thoughts about the surrogate baby she’s due to hand over the next day. Ten feet up, her body still aching, she crawls onto the hospital ledge, drops the bag to her ex-boyfriend Digger, and leaps into a snow drift. “So where are we going?” Digger asks. “We’ll find somewhere,” she says. And they’re off into the night.

What follows is an epic chase through frozen northern Minnesota as the intended mother, Ruth, a no-nonsense, 40-something journalist, goes into full investigative mode—“We need to see the evidence. I want to talk to your security team, the janitors, the nurses. Who discovered she was gone? Who first saw the room? Who took the stuff out of here? I want their names.”—while her new husband, Hal,  the divorced father of two teenage boys, struggles with his own ambivalence.

Ruth just wants to have a baby, and Hal just wants her to be happy. Cally just wants to break out of her dead-end life, and Digger just wants to get back together with Cally—though not like this. None of them will come out of this experience the way they went in. What they all want—and what they all get—will change dramatically in the coming days. Secrets will emerge, unlikely alliances form. Consequences, both intended and unintended, will erupt. And there’ll be an ending you won’t see coming. 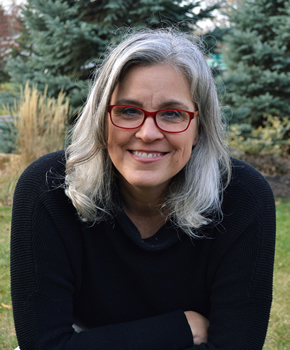 THE SURROGATE is many novels at once—harrowing, joyful, thought-provoking, revelatory—and a book that after many twists and turns will leave you wondering: What is a family, anyway? And what would I do to keep it safe?

“This story started on the first day of the first writing class I ever took,” Halleen says, “and it was inspired by a writing exercise involving a postcard image of a snowy cabin in the woods. We were given three minutes to write, and what popped into my head was a young woman and her boyfriend arguing about a baby. For weeks afterwards, I couldn’t stop writing the story because I wanted to find out why Cally and Digger were in that cabin, who the baby was, and what happened to them all.”

There were other inspirations, as well. Halleen is a lawyer, and “in law school, I was fascinated by the Baby M surrogacy case, which was in the news at the time, in the late ’80s. The professor in our family law class used that case in her lectures about custody disputes, and it was one of the first US adjudications regarding the enforcement of a surrogacy contract. A lot has changed since then, but laws still vary quite a bit from state to state and internationally, and it was interesting to look at the range of contracts and agencies; the types of arrangements; and the experiences of women, children, and families.”

And her own as well as a proud mom, mom-in-law, and stepmom: “Of course, certain real-life experiences, like giving birth or caring for a baby, can be helpful in writing a story. But raising kids has helped me in many other ways: it’s taught me about fielding curveballs, adapting and finding new goals. And more broadly, I think that as readers, we engage with stories from the looking glass of our own lives, but we also try to imagine what it would be like to be in the shoes of the characters, to travel their journeys and learn from their mistakes. We wonder how we might climb out of the holes these characters inevitably dig for themselves. For the length of any given novel, the characters become part of our lives, like people we might know, and we spend time trying to understand them.” 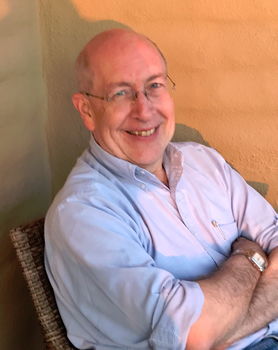 That’s what led to the unexpected ending: “I tried to write the kind of ending that I like to read, to provoke the kind of feeling I like to have when I finish reading a book, [but] regardless of what I might have ‘wanted,’ the characters were the ones, ultimately, who told me what happened. It sounds strange, but they walked right into that ending, and I followed them.”

If that sounds related to the “yes, and” of improvisational comedy, it’s no accident. “As a kid, I loved the Smothers Brothers Comedy Hour, because they used music and satire to address serious issues. After law school, I started looking for comedy classes, and I fell in love with improvisation. Soon I was performing shows and teaching classes at night. At the time, I was working as a litigator by day, and I noticed many similarities in the skills required—for example, listening, concentration, and thinking under pressure. As it turned out, improv helped me immensely as a writer. When I’m stuck, I try the opposite. When an idea pops into my head, I ‘say yes’ to it by writing it down without judgment. Improv actors convey characters, plot, and setting by crafting dialogue. It’s about observing invisible things and making a narrative out of a prompt. We are always asking ourselves, ‘What is happening here and why?’ That is also what I ask myself when I’m writing. Improv taught me to pay attention. Standup taught me about pacing and rhythm. And I was so passionate about the connections I saw, I developed a course for lawyers and other professionals.”

It’s called “Think on the Spot,” and she’s since taught those skills to hundreds of others—while continuing to work on her own.

“I capture ideas by writing them down. I have a tablet next to my bed, and I’m often scribbling notes in the dark, not sure I’ll be able to read them the next day,” Halleen says. “I play with themes. I write from different angles. I’m not afraid to write thousands of words and not ‘use’ them. The ‘unused’ pages usually lead me to something that I can use. I’m in a writing group, and that gives me a rhythm and accountability. I need deadlines. I share sections with readers in my family. I enjoy being suspicious about my characters, about what they will do next. I use images to spark moods and tones. I try to keep myself entertained with the possibilities, with humor.

“I wrote the book in fits and starts over the course of about ten-plus years. I took several classes at the Loft Literary Center and met my writing group there. When I got stuck, I switched to writing short stories and submitting them to journals, took a summer writing workshop sponsored by Hamline University, and in 2013, won a spot in Loft’s Mentor program and spent a year learning from established authors. I read books about writing, listened to many podcasts about publishing. and came back to the novel in earnest in 2018. My writing group really helped there—I brought a revised chapter each month, read the chapter aloud, and the group provided constructive feedback.

“In March 2019, I printed out several copies of the ‘finished’ draft and brought it along on a spring break vacation for my extended family to read and comment on, and then started querying in April. That November, at a writers’ conference, I attended a query-writing workshop led by an agent who later expressed interest in reading the manuscript, and soon after that, offered representation. Working with her and a developmental editor, I revised the manuscript heavily over the winter, and finally, in early 2020, I finished. We sold it in May, with a two-book deal.

“I’m grateful to be collaborating with so many amazing, talented people—my editor, my agent, the whole team at HarperCollins, and all the folks at my Friday morning writing group. Writing is a solitary activity, but making a book takes a village. I love connecting with other novel-lovers on this journey. To the readers: thank you for reading this story. I hope you enjoy the ride.”

As for her next book, “Oh my goodness—it’s as hard as they say it is. Luckily, the characters have staked out their territories in my head, and I’m just working to keep up with them. Stay tuned!”