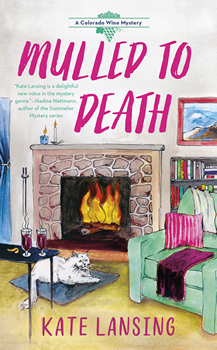 “Mulled wine has been around for a millennia. Initially created to salvage batches of subpar wine, the spices and honey leveraged to mask unpleasant flavors, these days it’s a treat. A drink to spread warmth and good cheer. Or, you know, entrap a killer.”

At 3 AM last night, I woke, inspiration striking. I knew who’d done it.

The mystery had unfolded slowly, a cast of characters parading in front of me, each pleading for me to know that it was them (yes, them!) that had killed the Olympic gold medalist/ski resort owner, Annemarie.

Paisley, the poorly-dressed front desk manager, her abrasive attitude a clear indicator of murderous leanings. With Annemarie out of the way, would Paisley get to run the resort she clearly thought she deserved?

Hudson, real estate mogul, caught arguing with the victim the day before. Not good at taking no for an answer, he wanted Annemarie’s land for his new development. Was he willing to kill for it?

Micah, rookie ski-lift operator, slacker extraordinaire, and endless mooch. Had someone bribed him to do the deed?

Cash, the dashing executive chef, known for his playboy ways and delicious food. Was there, perhaps, a love triangle afoot? One involving Annemarie? 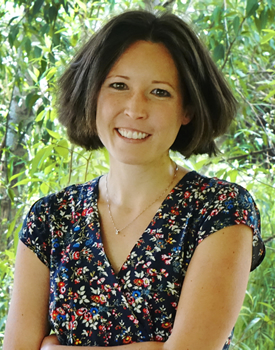 With so many questions, I was fortunate to have Parker Valentine, vintner-at-large, to awkwardly muddle through this mystery.

Parker Valentine? You haven’t heard of her? She’s the owner of Boulder’s premier winery, Vino Valentine, and an occasionally semi-unwilling sleuth. That latter one isn’t her fault—she can’t help the growing number of murders that happen around her.

Heading up to Silver Creek Ski Resort to sell the owner—the soon-to-be-deceased Annemarie—her new mulled wine, Parker had no intention of getting caught up in a murder investigation. (She also had no intention of witnessing a murder while on the slopes, but life isn’t perfect.) Heck, she was planning on staying out of the whole affair until someone tried to murder her via jacuzzi.

Worried that the jacuzzi assassination attempt was only the first to come and, even worse, that the murderer might follow her back home to silence her and her pesky witness statement for good, Parker has to talk to her suspects and—ahem—mull things over.

Murder aside, the most interest thing about Parker Valentine is that she’s not a particularly competent detective. She’s not horrible at it, obviously—she’s solved three murders so far, this being the third book in the series. But Sherlock she is not. Nor is she a Poirot.

Instead we find ourselves in the company of a justice-oriented vintner with a moderate talent for subtle-ish sleuthing conversations, a bizarre curse for being at the wrong-slash-right place at the right-slash-wrong time, a good eye for fashionable-yet-comfortable clothes, and a strong tendency to look at the world through rosé-colored glasses.

“Now that I’m off the slope, with my skis tucked away, the veil of time creates a cloud in my mind like bacteria in wine.”

“The insinuation hangs in the air, unfiltered and harsh, like a cab that needs to breathe.”

Having access to Parker Valentine’s internal monologue means that you are awash in wine. Reds, whites, pinks (just hit the limit of my wine knowledge there), Parker knows them, loves them, lives them, breathes them, thinks about them and only them—unless a cat is nearby, at which point her thoughts become a blend of cats and vino.

Which is to say, should you pick up MULLED TO DEATH, you will find yourself in a world of wine, cats, and—of course—murder.

Unfortunately, my 3 AM inspiration of who the murderer was… was wrong. I’m a terrible detective. Perhaps more wine is in order. In this interview with The Big Thrill, author Kate Lansing takes us deeper into the wine barrel.

At any point, did you consider changing this book’s plot to give Parker an excuse to adopt the ski resort cat, Madeline?

Okay, this might be my favorite question ever. Sadly, no, I did not consider having Parker adopt Madeline, although I did toy with the idea of having her own kitty Zin tag along for the weekend! That being said, I imagine Parker and Madeline will be reunited at a future getaway.

What is Parker’s best trait? How does that make her an effective detective?

I love that Parker is so independent. Sometimes to a fault. She’s not afraid to heed her gut and forge her own path, which makes her a superb—and very determined—sleuth.

Did you know who your killer was going to be before you started writing the book, or did the answer unfold as you went?

I’m an avid outliner, so I knew early on who the killer was. Something I sprinkled in as I wrote were a few very human moments for the villain, which not only helped with misdirection, but also added depth to the character.

This is book three in your ongoing Colorado Wine Mystery Series. Has anything gotten easier about writing them? Harder?

Both! Easier in that I have the same central cast of characters and, as such, their worlds and backstories are already established. What’s harder is thinking up natural and fresh ways for them to become engrossed in a mystery, and to show how their prior brushes with murder have changed them. Especially for my main girl, Parker.

Do you keep a list on hand of wine puns to use, or do they come to you as you write?

I have a document called Random Wine Puns saved on my computer. Whenever I stumble across an interesting factoid, think of a clever pun, or have to cut a misplaced wine metaphor from a manuscript, it goes there! That’s always where I look first, but more often than not, they come to me in the moment.

Any hints on what’s to come in the next book, To Death Do Us Port?

As the title portends, there will be a wedding. Although, rest assured, it doesn’t involve any of the core characters. Yet. And, very on brand, there will be a new feline friend introduced who rebels in her role of ring bearer.

Kate Lansing is an award-winning short story author. She lives in Denver, Colorado with her husband, daughter, and a chair-napping tabby cat named Maple.