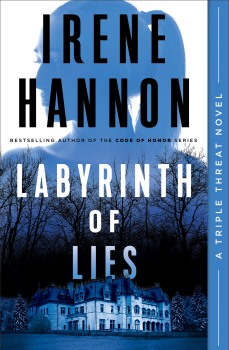 When the daughter of a high-profile businessman disappears from an exclusive girls’ boarding school, police detective Cate Reilly is tapped for an undercover assignment. It doesn’t take her long to realize that beneath its veneer of polish and wealth, Ivy Hill Academy harbors dark—and deadly—secrets. But the biggest shock of all? The only man she ever loved is also working at the school. Zeke Sloan has never forgotten Cate, but now isn’t the best time for their paths to cross again. When their two seemingly disparate agendas begin to intertwine—and startling connections emerge among the players—the danger escalates significantly. But who is the mastermind behind the elaborate ruse? And how far will they go to protect their house of cards?

Since my Nancy Drew days, I’ve been drawn to stories about smart, strong women who are willing to face danger head-on as they solve mysteries and fight for justice. I also enjoy love stories in which characters overcome major obstacles to find a happy ending. So romantic suspense is a perfect fit for me. 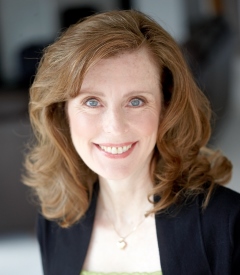 Since my suspense books are all part of various series, I usually start with a concept for the series—the thing that ties the books together. In general, that revolves around relationships (siblings, college buddies, best friends from childhood). So that means people come first, followed by plot. As for setting—all but one of my suspense novels takes place in Missouri, since I’m very familiar with that area, and it offers a varied landscape. Besides, I do enough research on other topics during the course of a book, typically ending up with 100 pages of single-spaced notes and citations. Using a setting close to home saves me research time. In addition, my books are more psychological suspense than high-action thrillers, so the landscape of the head is more interesting to me than geographics!

They were one and the same. This book has my most diverse cast to date, and I have to admit that made me a bit nervous. Over the past couple of years, many authors have been criticized for appropriating cultures after writing outside their ethnic, racial, or cultural background. So after the book was finished, I called on several people from various backgrounds to review the novel for any sensitivities—because I wanted to portray my characters authentically. So the diverse cast was both a challenge and an opportunity.

Irene Hannon is the bestselling author of more than sixty novels, including the long-running Hope Harbor series, as well as Point of Danger and the Code of Honor, Private Justice, and Men of Valor suspense series, among others. Her books have been honored with three coveted RITA Awards from Romance Writers of America, and she is a member of that organization’s elite Hall of Fame. Her many other awards include National Readers’ Choice, Daphne du Maurier, Retailers’ Choice, Booksellers’ Best, Carol, and Reviewers’ Choice from RT Book Reviews magazine, which also honored her with a Career Achievement Award for her entire body of work. In addition, she is a two-time Christy Award finalist.