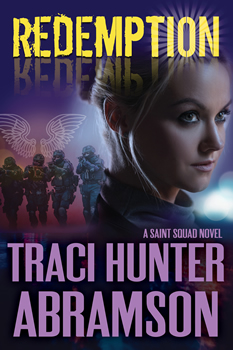 Once an abused and troubled teenager, Gage Stewart has worked tirelessly to move beyond the fateful day he was manipulated into holding a group of teenagers hostage. Now with a new identity and a college degree in criminal psychology, he accepts an unlikely job teaching others what to do during mass shootings.

At the hotel where his class is held, Gage is immediately drawn to Skyler Prescott, the daughter of the wealthy hotel owner. But after a night out ends in horror when a gunman opens fire in the crowded venue, they make an alarming discovery that threatens more than their relationship. The attack was little more than a publicity stunt to draw out the real target: presidential candidate Senator James Whitmore. Unwilling to become someone’s scapegoat, Gage must now work in tandem with the very men who ended his own life of crime before it began—the Saint Squad.

Let’s address the most important question right from the start: Why did you choose to write a book that focuses on mass shootings?

Unfortunately, we all have memories of a school shooting or a mass shooting that we can’t ever quite forget. For me, one of the most significant was the day of the Virginia Tech shooting. I remember so many of my friends running out to their cars and driving to Blacksburg to make sure their children survived the day. We all were glued to the television, praying for the survivors and for the victims’ families. I started writing a fictional account of one of the survivor’s stories after watching an interview on the news. That story ultimately became the backstory for REDEMPTION.

I have a strong sense of right and wrong. I love taking situations I see in real life and twisting them into a fictional world where I can find a happily ever after, especially while enjoying the growth of the characters along the way. 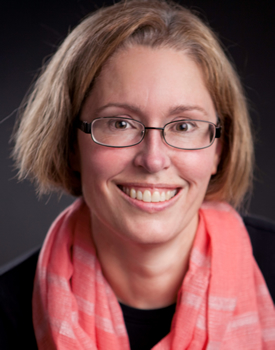 The biggest challenge for this book was integrating a lot of characters who have been a core part of my Saint Squad series while also creating vivid main characters who were on the main stage.

The biggest opportunity came from having those previous characters and being able to use the friendly banter that allows me to bring in humor to break up the suspense moments.

After my main characters lived through a mass shooting, I surprised myself with the way their emotions came to life. Their fears of walking down a hallway alone, their struggles to grasp what they had experienced, the nightmares, and the need to connect with others who could help them heal. All of those moments made sense, but I didn’t expect them to feel so real to me as the author, nor did I expect quite so much depth.

The truly unique aspect of this book is that the main character, Gage, was once the gunman in a school shooting situation. And even though he didn’t harm anyone when he was the person holding the gun, the ramifications of those actions of his youth are ever present in his mind as he tries to forge a future to be proud of.

The inspiration for this book came from my son when he suggested I use a minor villain from my book Lockdown and create a story around him and the schoolteacher who helped that particular character. When I submitted the manuscript to my publisher, the evaluators raved about the uniqueness of the main character’s backstory, calling the concept “fresh ideas on the page” and “something I’ve never seen done before.”

Traci Hunter Abramson was born in Arizona, where she lived until moving to Venezuela for a study-abroad program. After graduating from Brigham Young University, she worked for the Central Intelligence Agency for several years, eventually resigning in order to raise her family. She credits the CIA with giving her a wealth of ideas as well as the skills needed to survive her children’s teenage years. She has gone on to write more than thirty bestselling novels and is a seven-time Whitney Award winner. When she’s not writing, Traci enjoys spending time with her husband and five children, preferably on a nice quiet beach somewhere. She also enjoys sports, travel, writing, and coaching high school swimming.