Capturing the Thrills of ThrillerFest 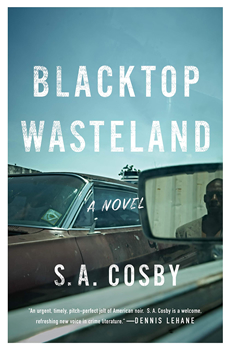 This year, ThrillerFest took place as a series of virtual events from June 28 thru July 10. Now all the attendants can access the available video recordings —check out the line-up on the International Thriller Writers website.

There’s no denying that there’s something absolutely magical about being live in the same space with Lee Child, John Sandford, Megan Abbott, and other luminaries in the mystery and suspense field. Honestly, I would go total fangirl at the event. Not to worry though—they’ve already announced that the 2022 event will be back in New York City.

For now, allow me to capture the thrill of this virtual ThrillerFest for mystery/thriller audio fans by sharing the winner and nominees for the 2021 ITW Thriller Awards for Best Hardcover Novel discussed below. There seems to be a worthy theme to this year’s finalists: Each audiobook is focused on people or communities that are underestimated and undervalued.

First, congratulations to this year’s winner, S.A. Cosby’s BLACKTOP WASTELAND, narrated by Adam Lazarre-White. The book has been the recipient of numerous awards including Amazon’s #1 Mystery and Thriller of the Year, and the audiobook is an Earphones Award winner as well. The story is about a mechanic, husband, and father who left behind a past as a thief, but is drawn back into that world. The review says that Lazarre-White’s “performance is an example of how the best audiobooks deliver pure storytelling.” Note that S.A. Cosby and Adam Lazarre-White team up again for Cosby’s recently released RAZORBLADE TEARS. You can learn more about S.A. Cosby and what motivates his writing in this interview. 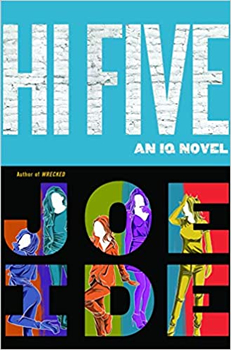 Now, for the other finalists. The next nominee, Joe Ide’s fourth book in the IQ series, HI FIVE, narrated by Zeno Robinson, also earned an Earphones Award. Ide has created a unique protagonist in Isaiah Quintabe (IQ). Listeners will enjoy watching the ThrillerFest video where Joe Ide shares his background and the roots of IQ in the Black community he grew up within. Narrator Zeno Robinson meets the challenge of finding unique voices for the many characters that drive this story.

Richard Osman’s THE THURSDAY MURDER CLUB, narrated by Leslie Manville, is perhaps a bit of an outlier on this year’s nominees list. It’s the only book set in the UK and is more of a humorous mystery than a suspenseful thriller. In this story, the underestimated and undervalued are four septuagenarians living in a retirement village who meet weekly to discuss unsolved crimes. When they find themselves with a real live case, the race to catch the killer ensues. You might recognize Leslie Manville from her narration with Allan Corduner of Anthony Horowitz’s Moonflower Murders.

The theme of the undervalued is central to THESE WOMEN by Ivy Pochada, narrated by Bahni Turpin and Frankie Corzo. This audiobook is also not a typical thriller; it is more literary fiction delving into painfully relevant topics of police behavior towards minorities and women. Bahni Turpin performs the opening voice with such drama, listeners might think they are watching a play. The book has been nominated for many awards, including being short-listed for the Edgar Award for Best Novel. Having listened to and reviewed the audiobook, I would say it is an engaging, important listen, but because of its gritty realism, it’s not an easy one.

And the final nominee was CONFESSIONS ON THE 7:45 by Lisa Unger, read by Vivienne Leheny. This is a more traditional psychological thriller that centers on women. Narrator Leheny has the challenge of voicing both the outward personas of the two lead female characters and their true identities, which reveal layers of duplicity. Just what a thriller of this type should be: captivating, disturbing, and with surprising twists and turns that will leave listeners spinning.

Congratulations to all of the nominees, and to the winner.

Looking for excellent mysteries to take you through the end of summer? Look no further than these five audiobooks that will keep you listening long after dark. The fast-paced drama and talented cast will draw you into THE PRESIDENT’S DAUGHTER, James Patterson and President Bill Clinton’s political thriller. Return to a favorite character, like Tempe Brennan in Kathy Reichs’s long-running crime series, or discover new characters exploring ripped-from-the-headlines topics, as in Karin Slaughter’s FALSE WITNESS. Find more thrilling audiobooks brought to life by skilled narrators below. 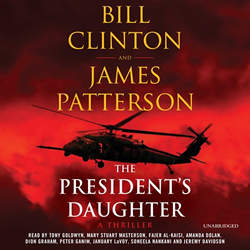 A diverse and experienced cast come together to maximize the drama laced throughout Patterson and Clinton’s political thriller. Former US President Matthew Keating goes off the grid in search of his kidnapped daughter. Goldwyn does an excellent job of conveying Keating’s Southern accent, grit, and masculinity. January LaVoy and Amanda Dolan work together to depict the equally strong women, current President Pamela Barnes and teenage kidnapping victim Melanie Keating. 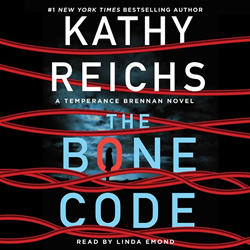 Narrator Linda Emond capably reprises the role of forensic anthropologist Tempe Brennan in the latest installment of this long-running crime series. When a barrel containing two bodies washes ashore in Charleston following a coastal storm, Tempe discovers a disturbing connection with a cold case in Québec. Emond’s mature timbre anchors the stalwart anthropologist as she follows leads across the American Southeast and Québec. Emond’s performance mirrors the story’s forward drive while giving space for astute listeners to participate in solving the puzzle. 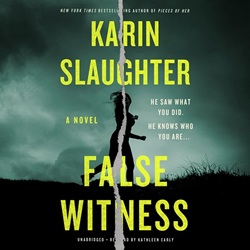 Narrator Kathleen Early dramatically brings the main characters to life in this dark and disturbing story. Leigh Coulton and her younger sister, Calli, are haunted by a violent act from their past. Leigh is now a criminal defense attorney, while Calli has become a drug addict. Early does an excellent job of differentiating the characters, and through pace and tone, she drives the nonstop intensity—including graphic depictions of violence, an addict’s daily challenges, and the impact of the COVID-19 pandemic on life and work. 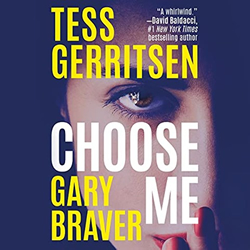 Narrator Kirsten Potter meets the challenge of voicing this combination police procedural and domestic suspense with a strong #MeToo theme. Bestselling author Tess Gerritsen has teamed up with Gary Braver, pen name for English professor Gary Goshgarian, to write this standalone. Potter gives strong Boston accents to two police detectives who are called to the scene of the apparent suicide of college senior Taryn Moore. The story has frequent flashbacks in which listeners hear directly from Taryn and her advisor, Professor Jack Dorian. As Potter effectively delivers the internal emotions of the key characters, an engaging listen with disturbing themes unfolds. 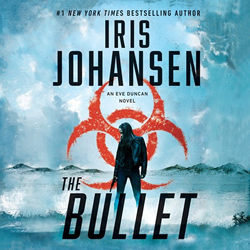 In this latest Eve Duncan outing, Dr. Diane Connors has discovered a medical miracle, and evil forces will do anything to get to her. Her protectors—Eve Duncan, forensic sculptor, and her husband, Joe Quinn—will do anything to prevent it. The audiobook revolves almost as much around the relationships of everyone involved as it does the chase. Narrator Elisabeth Rodgers gives Eve a slight Southern intonation, helping to differentiate her in many conversations among women. Rodgers especially shines in portraying the men who are pursuing Diane. They take on growling stop-at-nothing voices that fit their relentless mission.