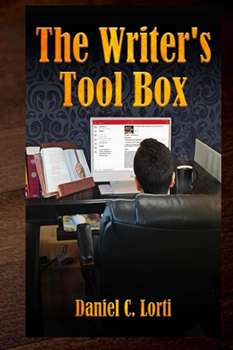 You wouldn’t think a trained aerospace engineer would wind up authoring a book that offers “a new approach for writing that avoids the pitfalls of extensive and laborious searching, empowering the writer with the ability to understand every facet connected with concept, research, writing, publishing, and publicity.”

But that’s exactly what Daniel C. Lorti, author of The Avignon Legacy, a historical novel about a missing medieval treasure, The Mulligan, a fantasy novel, and The Missing Factor, a suspense thriller, has given us in THE WRITER’S TOOL BOX.

Lorti, father of two sons and a daughter, who lives with his British-born wife in Newport Coast in Southern California, tells how this came about in this The Big Thrill interview.

Let’s start with your background.

I was born and raised in New York City. My family moved to Englewood, New Jersey, where my father started and operated a successful stained and leaded glass studio.

To keep me out of trouble, my parents enrolled me in parochial schools from kindergarten to 12th grade. They didn’t monitor my daily school studies but they let me know “what’s what” when the report card came. I was in the top 10 percent of my classes, which may not sound great but scholastically the education I received was superb.  I was in the scientific diploma curriculum. It was brutal. Four years of Latin, mathematics including calculus, and three years of science consisting of biology, physics, and chemistry. My physics teacher was Harold Lombardi, brother of the Vince Lombardi.

My parents wanted me to go to college, but I rejected the idea and instead opted for a job on a shipping dock loading crates of typewriters onto trucks. One August Friday a year later, I found myself bathed in sweat and fed up with what I was doing. I climbed into my car, drove to my home town, and spotted an Air Force Recruitment Office. I went in, glanced at posters, and asked when I could start. The answer was on Monday, so I signed up. My parents were upset, to say the least. 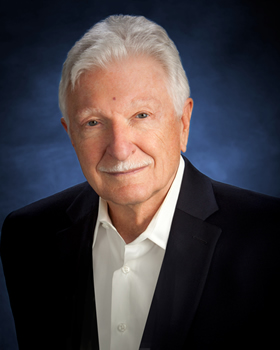 What did you see for your future?

I had no idea what I wanted to become. On the 14th of the 16 weeks of Air Force basic training, which gives tests to place you in a position like cook, clerk, etc., they said due to high scores I had my choice of schools. I was at a loss when my parents’ admonition came to mind and I asked about the longest school for an enlisted man. The reply was automatic tracking radar specialist at Keesler AFB, MS—a 52-week course.  I said, “Sign me up,” and so I discovered an aptitude and a niche.

I was almost at the end of my four-year enlistment term eager to seek studies to get into electronics and radar when my father called to say I was needed in the business for a large four-year contract. I couldn’t refuse a family summons, so I returned. When it was over, at 26, I decided to go to college for the degree needed to enter a radar field, and so, accompanied by a wife and two children, I enrolled at Arizona State University. After graduating, I joined General Research Corporation, a think tank in Santa Barbara, CA where I worked in two separate fields of aerospace and defense, ballistic missile systems, and with intelligence agencies analyzing Soviet and Warsaw Pact weapon systems.

Eventually, I became a registered arms dealer with French clients among others brokering military systems in the Middle East (before and after Desert Storm) and from there on to the Asian/Pacific Rim area living in Bangkok, Thailand.

When did the writing bug hit?

Credit for my writing capability goes to the Catholic education I received in my youth. In college and in my professional life the enjoyment and enthusiasm of writing was directed to technical proposals, reports, and articles. I began fiction writing after watching a terrible movie and initially tried my hand at two movie scripts.

Realizing the futility of selling a movie script, I began with The Missing Factor, since the subject matter was fresh in my mind. Failure to attract an agent led me to change the genre from action-adventure to historical fiction (still no interest) to romantic fantasy which was just completed when I was contacted by an agent.

I guess you could say I was self-taught. I was an avid reader, and I took notes on all its useful facets. These notes were ultimately converted to articles to develop an Internet platform and, subsequently I used them in THE WRITER’S TOOL BOX.

There are so many writing how-to instructional books out there. Why did you decide to write this one?

I’ve written many articles gleamed from intensive reading of authors who set down their experiences in specific segments of the craft, and I found myself answering questions and receiving comments from writers of all levels from beginning to accomplished. From these questions and comments, I recognized a need for a handbook that presented examples and easy to-follow steps. I ran the idea by my agent who wholeheartedly endorsed the concept.

What makes this book stand out from all the others on the market?

Many of the aspects of the writing craft are presented succinctly from the start of a work to completion and beyond. The chapters follow an organizational strategy from divulging the basic requirements to follow as one starts and progresses, providing guides for developing the theme or premise, to the outline level which lays out the direction of the writing. As a bonus, I include a section from a literary agency detailing their criteria for pursuing a received query letter.

If you had to choose the most important advice for writers, what would it be?

There are basic conditions before embarking on writing a book. These are fairly simple to understand but can be either stumbling blocks or a major step in the effort.

A daily writing habit. The best approach is to select a time where you can write for a minimum period of time. Try for a half-hour, but do it every day.

A writing place. The location isn’t as important as it be a sanctuary.

After breakfast, I make a beeline to my study to write. I start with my Facebook page and group postings. After that, it’s back to the novel in progress, where I write for a minimum of two hours. I also do a lot of reading.

I am presently considering a Seattle private investigator series. I have a planned trip in the summer, and you can bet a notebook will be in my pocket.

Daniel C. Lorti is the author of The Avignon Legacy, a historical fiction account of a missing medieval treasure, Knights of Honor and Knights in Action, sequels to The Avignon Legacy, and The Missing Factor (Winner of the Beverly Hills Book Award) and its sequel The Business End, both of which embody his professional background in outstanding suspense thrillers, and The Mulligan, a fantasy. His book, The Writer’s Tool Box, directed at aspiring and accomplished writers has just been released. Lorti is a member of the Historical Writers of America, Mystery Writers of America, and International Thriller Writers. An aerospace engineer with a sensors, weapons, and intelligence background, he was chief radar engineer for the Northrop Grumman Corporation and was on President Clinton’s twenty-member committee for Trade and Investment in Northern Ireland. A former international arms broker, he conducted business in Europe, the Middle East, and Asia. During his career, with partners, he sold a successful aerospace company to the Northrop Grumman Corporation. He resides in Newport Coast, California.